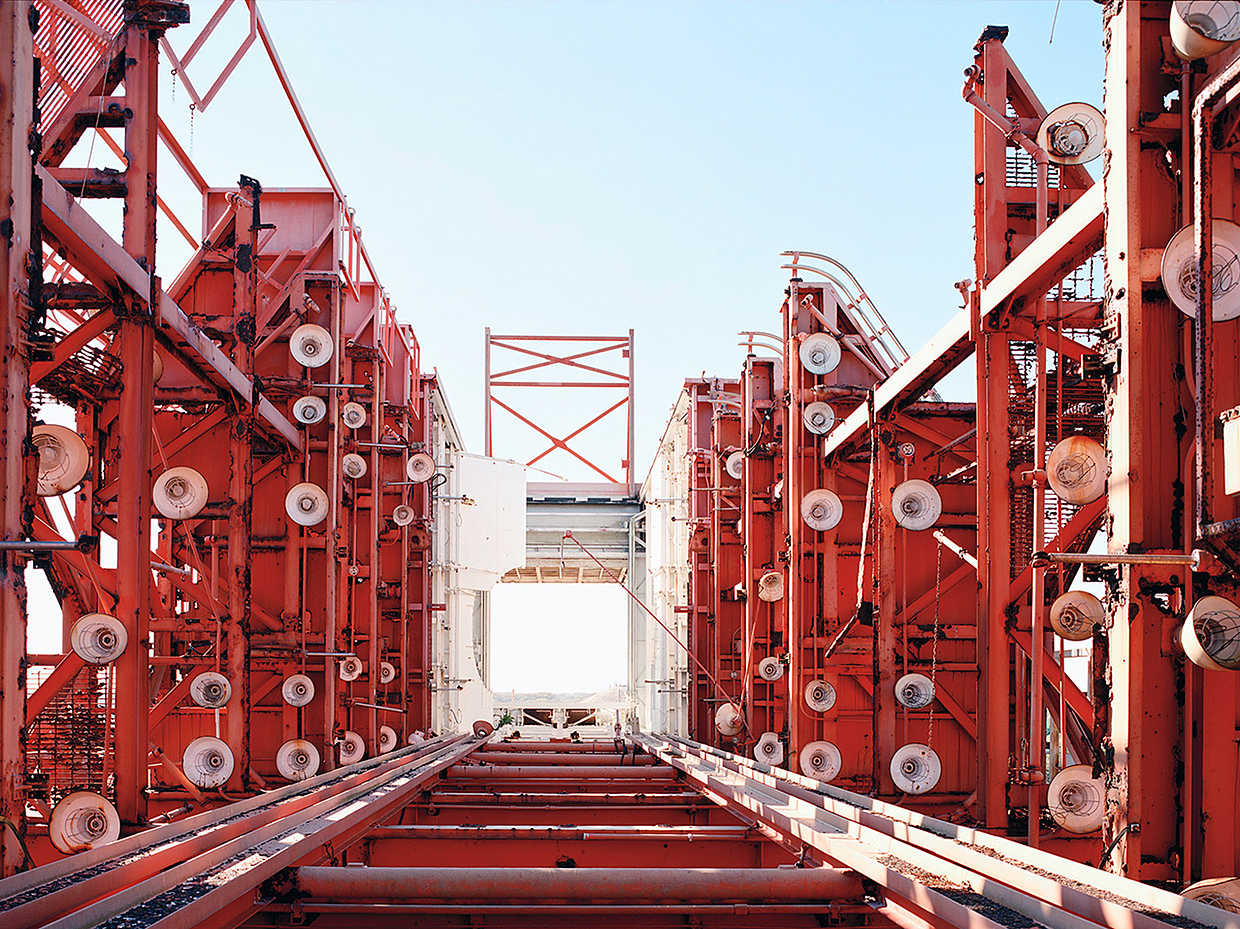 But Miller is not an astronaut or a rocket engineer. He is one of the country’s few space preservationists (if not the only).

A photographer by training and profession, Miller has spent the last two decades visiting and cataloguing the structural remains of the American space program from the mid-20th century. We sat down with Miller to talk about his recent photo book, Abandoned in Place, in which he delves into the American journey to the moon and shares what has become of the research and logistical facilities across the country that aided in that feat.

How did you first get interested in the space program?

I was interested as a child obviously. I grew up during the 1960s at the height of the Apollo project and its lead up. I always loved it.

But after the first two or three moon landings, especially after Apollo 13, the interest in going to the moon really waned. I like to say it felt like “We’ve been there and done that,” so it rapidly become old news to people, which I still find amazing. I think the fact that we haven’t been back in almost 50 years tells you how dramatic a technological event that was at that time.

You were working at Brevard Community College (today Eastern Florida State College), how did you get access to photograph Cape Canaveral and other space program sites?

I got a call [in 1988] from an environmental engineer on Cape Canaveral and he said, “We’ve got an old office building and we’re going to remodel it but there’s a photo lab in it with a bunch of chemicals and we’re not sure what to do with them. If they’re any good the college can have them, and if not, if you help me dispose of them properly that’d be great.”

I went out and he said, “I’ve got to run an errand. Do you mind if we make a stop on the way out to this building?” I said sure—I mean, it’s Cape Canaveral, man! He took me to Complex 19, which was the old [Project] Gemini launch complex, and I immediately said, “I’ve got to figure out a way to photograph this.”

The history of it [and how it had aged] was beautiful. It was interesting on so many levels. And then it became a task of trying to get out there—to this top secret military base—to take pictures. [The Air Force] works with the press and I could have gotten out and done a half hour’s worth of photography one day, but I thought, I have to be able to come out here over and over again to all these different sites.

What has happened to Cape Canaveral and other sites since they have ceased being used?

Cape Canaveral is a fairly unique location; it juts out slightly into the Atlantic, and these launch sites were built less that one hundred yards from the ocean in most cases. They are prone to corrosion from the salt air, the humidity, and the harsh Florida sun. Even by the time I saw Complex 19, it was really beyond saving.

Complex 13 has now been repurposed with what they call Landing Zone 1 for the SpaceX Falcon rocket.

What you have left now, at most, are cement structures. There is a launch ring at complex 34 that is made of cement—it was designed to have a rocket launch right above it and shoot all those flames and heat down onto it. It was also designed to withstand one blowing up on the pad.

An engineer on one tour I took said it would be outrageously expensive to demolish these. They would have to invent a new way to take them down because they are built to withstand these huge explosions. [Instead,] they stencil “Abandon in place” on the structures to indicate they are no longer maintaining them, that they are intentionally letting them decay.

Do you wish they saved the launch pads?

In a perfect world I would love to have seen all those pads fully restored so you could go see them. But the reality is, logistically, the location and the cost are just extremely prohibitive. I would rather see those sites utilized for ongoing space exploration with a couple exceptions.

I think that’s an important aspect of this; it’s easy to point fingers at NASA and the Air Force and say, wow why didn’t you preserve all this stuff, but there are really a lot of reasons that they didn’t and couldn’t.

What role does your photography play for these sites?

It became apparent to me right off the bat that photography was going to be the only way to preserve these sites in the state they were at that time.

My photography is documentary, but it’s abstract at the same time. Hopefully it allows for a bit of interpretation by the viewers of the history and the social context of what was going on in our country and the world at that time. I think it was important to photograph them after their prime to show what had happened to those sites, much like at other archeological sites.

[The lunar missions] were the prime events of the 1960s, and now they are decaying edifices that have fallen out of favor. I think it speaks to the temporal nature of life. Everything is transitioning to something else, including us and the way we age. I’ve aged along with this project quite a bit—I was a fairly young man when I started it. It touches on that essence of what it is to live and age and grow and evolve.

Katharine Keane is an editorial assistant at Preservation Magazine. She enjoys getting lost in new cities, reading the plaques at museums, and discovering the next great restaurant.

A Latina Secretary-General of the United Nations?
Comment
Guest Voz: Personal culture creates tapestry of American Identity that not everyone likes