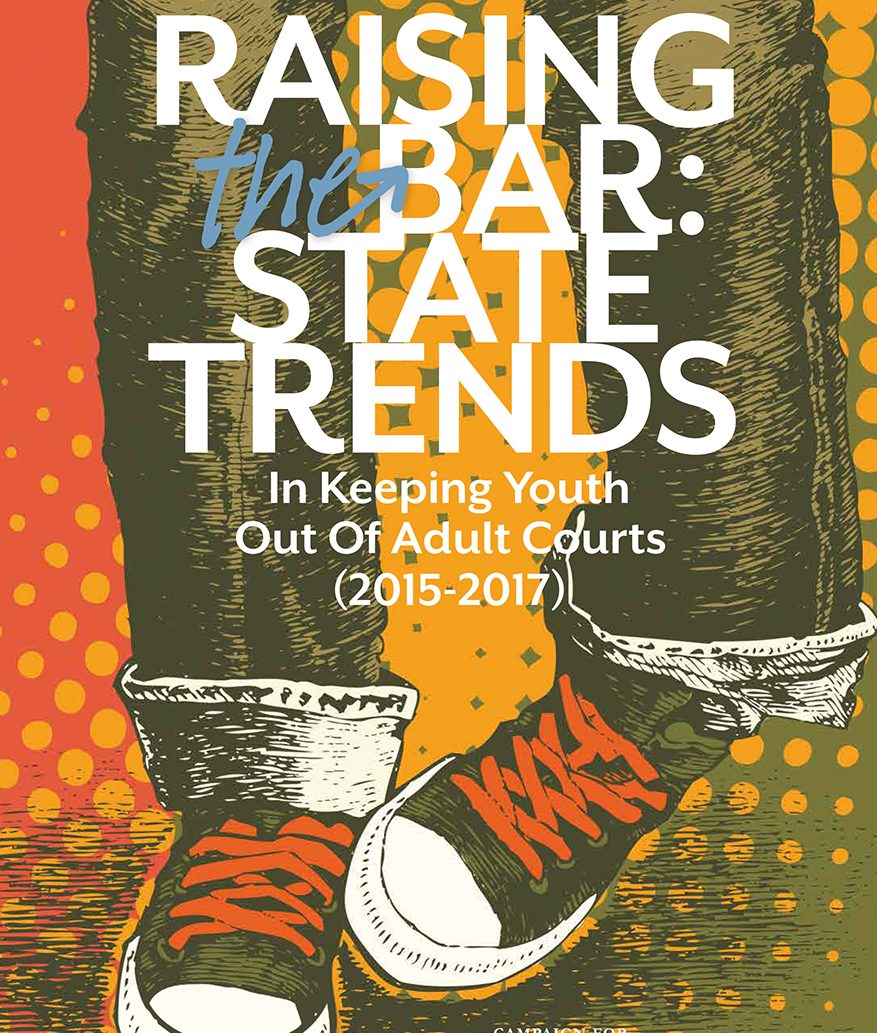 The number of young people locked into adult jails and prisons has plummeted nearly two-thirds since 2009 and the number automatically sent to adult courts for criminal trials has fallen by nearly half from 2007 to 2014, a new report says.

The numbers of youth tried as adults will likely fall even further by 2020, when four states — Louisiana, South Carolina, North Carolina and New York — fully implement reform laws passed over the last few years, said the new report from the Campaign for Youth Justice, a Washington-based nonprofit group.

The statistics are unalloyed victory for juvenile justice reform advocates, said Marcy Mistrett, CEO of the Campaign. “We have a lot to celebrate,” she said. “We have the majority of states not only changing one law but changing a lot of laws that treat kids like kids. That is something to celebrate.”

Once New York and North Carolina implement their laws, it will mark the first time since juvenile courts were created more than a century ago that no state will automatically try 16-year-olds as adults.

Nine states and the District of Columbia all passed laws limited or barring youthful offenders from being put in adult jails. New York and Oregon banned the practice outright this year.

Mistrett’s group will release the report formally this  morning in Washington. She’ll be joined by Olivia Brown, a teenager who was charged as an adult for a school fight, and senators from two states that have recently begun ambitious reform efforts of their own — Vermont’s Dick Sears, a Democrat, and South Carolina’s Gerald Malloy, a Democrat. Brown became for many the face of the campaign to “raise the age” of adult prosecution in North Carolina.

“The science we’re familiar with now tells us we continue to grow and age beyond childhood,” Malloy said. Quoting Frederick Douglass that “It is easier to build strong children than to repair broken men,” Malloy led efforts to pass state legislation to raise the age of juvenile court jurisdiction for most crimes from 17 to 18 years old. The legislation passed unanimously but must still be properly funded, by 2019, to take effect.

“There are a mountain of things we can do. They say we save children one child at a time,” Malloy said. The reform “also tells us a little bit about who we are as a people. The idea is to try to keep children from behind the fence.”

Sears’ Vermont was hailed by the Campaign for “a number of juvenile justice reforms over the last two years,” the report says. Children under 11 will be subject to juvenile court no matter what and only those older than 16 and charged with “the Big 12” felonies, such as murder, rape, etc., will face the prospect of an adult prosecution.

“Many of these kids, they carry around the collateral consequences of crime for the rest of their lives,” Sears said. “Now they’ll be given a second chance.”

For all the good news, Mistrett said she hopes no one thinks advocates can — or will — rest on their laurels. “We still have a lot of work to do,” she said.

Among the challenges remaining are the often opaque rules about who gets to determine which children will be prosecuted as adults — and the often-shocking racial disparities that result from that opacity, Mistrett said. And the backlash politics of the Trump administration shows “just how easy it is to get back to the ‘get tough’ messaging,” she said.

Still, she is hopeful that the years of work by reform advocates has helped Americans reach a different level of consciousness about crime, punishment and young people.

“I think the general public is finally realizing that we can’t incarcerate ourselves out of the problem of crime,” Mistrett said.

Frederick Douglas, incarceration, juvenile justice, Vermont
Previous Post Changing Latinx family dynamics beg the question: Who will care for us when we are viejitos?
Next PostWhat Ending DACA Means for LGBTQ Dreamers

Changing Latinx family dynamics beg the question: Who will care for us when we are viejitos?
Comment
What Ending DACA Means for LGBTQ Dreamers