Steps for Creating Culture of ‘Active Living’ in a Latino City

Physical activity is increasingly recognized as a critical way to prevent obesity, chronic disease and other serious health issues.

But nationally, only 1 in 4 adults meet physical activity guidelines.

Even fewer youths do.

A local volunteer group is trying to change that in San Antonio, a Texas city whose residents, most of whom are Latino, don’t engage in enough physical activity. 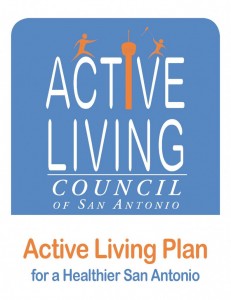 San Antonio Mayor Julian Castro and his Mayor’s Fitness Council have endorsed the plan, which also has broad support from several community groups.

“We hope local leaders use the plan to build a culture of ‘active living,’ a way of life that integrates physical activity into San Antonio residents’ daily routines, such as walking to the grocery store, biking to work, or exercising,” said Laura Esparza, a member of the council and a researcher at the Institute for Health Promotion Research (IHPR) at The University of Texas Health Science Center at San Antonio.

The council spent 18 months collaborating with community, governmental and industry members to create the plan.

The plan shares the vision of the U.S. National Physical Activity Plan (NPAP): “One day, all Americans will be physically active and they will live, work, and play in environments that facilitate regular physical activity.”

NPAP encourages use of evidence-based strategies to promote active living through policy, environmental and systems changes.

The council is currently reaching out to educate decision-makers, community leaders, and residents about local challenges to active living and how implementing the plan can help increase physical activity.

“We feel like this can help make San Antonio a much healthier place, and contribute to reducing obesity rates,” Esparza said.

The council is part of the City of San Antonio’s overall fitness effort, called FitCitySA!, as well as part of the Mayor’s Fitness Council, which includes IHPR Director Dr. Amelie G. Ramirez.