The urgent need to increase the number of young people pursuing degrees in STEM areas–science, technology, engineering and math–is a hot topic in education circles. Especially during the current economic slump, having a bachelor’s and graduate degrees in these disciplines can have a better return on investment than other areas of study. 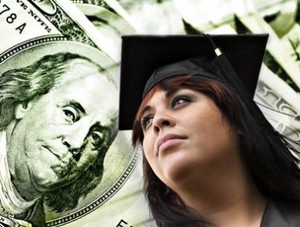 But how can you collect that return, if you can’t even afford to invest in a degree ? A recent report, Reducing Undergraduate Debt to Increase Latina and Latino Participation in STEM Professions, by the Center for Urban Education at the University of Southern California calls for changes in financial aid policy that could increase the numbers of Latinos going into STEM careers. The study is the fourth in a series of reports funded by the National Science Foundation as part of an effort to increase Latinos’ access to STEM fields.

“For Latino students, who average higher levels of financial need than any other racial-ethnic group, a recurring concern has been that debt aversion, or a reluctance to borrow, constrains college choices and limits access to institutions with higher sticker prices, like privates and highly selective colleges and universities,” the study notes. “This is a particular concern because these same highly selective institutions often have more extensive and wide-ranging academic programs in STEM fields.”

The authors’ recommendations include expanding research assistant and work-study opportunities in STEM areas at colleges and universities serving large Latino enrollments, such as Hispanic serving institutions.

HSI’s that are granted federal Title V STEM funds also must be monitored to make sure they are successful in their efforts to promote Latino students’ success in the disciplines. The funding is partially meant to improve transfer rates from community colleges to four-year universities.

A previous report by the center found that very few Hispanics who hold bachelor’s degrees in STEM career areas had first earned an associate’s degree and then transferred. But the benefits of starting at a community college include lower student debt.

When you report on the issue, request data on the number of Latinos enrolled in undergraduate and graduate-level STEM programs from your local colleges and universities. Then ask the institutions if they have any initiatives to increase the numbers of Hispanics enrolled in the programs.

You can also turn to organizations such as the Society of Hispanic Professional Engineers, the National Action Council for Minorities in Engineering as resources and The National Math and Science Initiative.

After years, San Diego's Logan Heights memorial nearing the end of a long road
2 Comments
A new push for the Latino vote stirs fears of an uphill battle