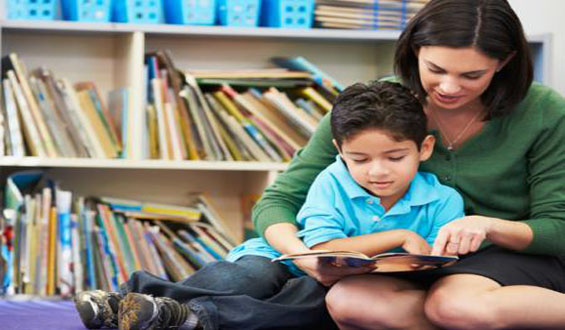 A new study by researchers from Stanford University finds that “book sharing” is less prevalent in immigrant families, most significantly among Hispanic and Asian families.

Book sharing was defined who read or share picture books with young children. The findings were based on data from the California Health Interview Survey of parents with children under age six in 2005, 2007, and 2009.

According to the study, 57.5 percent of the immigrant families reported daily book sharing, compared to 75.8 percent of U.S.-born parents. Even lower levels were reported when both parents were immigrants, at 47.1 percent.

Interestingly, the researchers concluded that the study’s findings were steady even when accounting for factors such as parents’ education and income levels.

“There is a difference in the reported reading in immigrant households, but we have a long way to go in understanding what is behind that,” researcher Natalia Festa told Reuters.

The researchers concluded, “Because book sharing is central to children’s development of early literacy and language skills, this disparity merits further explanation with the aim of informing future interventions.”