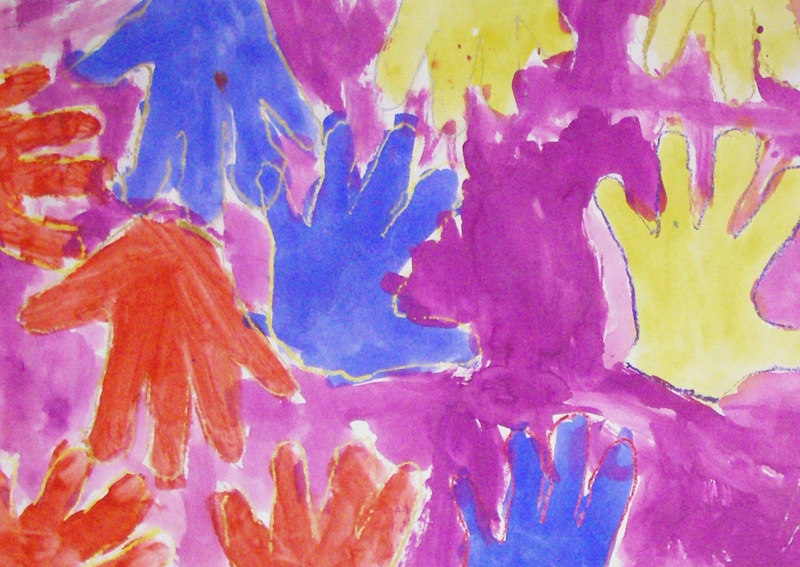 On the first day of kindergarten, many low-income children are already playing catch-up. Yet, despite widening economic inequality in the US, many of those kids are not as far behind as low-income kids once were, a new study finds.

The paper, published in the journal AERA Open, compares the achievement gaps between high- and lower-income children entering kindergarten in 1998 and 2010 using the most recent data from the US Department of Education’s Early Childhood Longitudinal Study (ECLS).

The ECLS tests early literacy and numeracy to gauge how ready children are for kindergarten: Can they identify letters? Sound out words? Count? Recognize shapes and colors? These skills have grown in importance, as US kindergarten classrooms have become more academically demanding.

The gap at the start of school matters because differences in achievement by income do not change much as children go from kindergarten to higher grades.

Moreover, the decreasing gaps represent a sharp reversal of a widening divergence observed in prior decades. While educational achievement gaps between black and Hispanic children with respect to white peers have been narrowing for decades, the achievement gap between rich and poor kids grew by 40 percent between the mid-1970s and the mid-1990s, as wealthy parents were increasingly spending more time and money on their children.

That the reversal of this trend happened in the 2000s was even more surprising, Reardon says. “Poor kids in 2010 were living in worse economic circumstances than poor kids in 1998.”

Compared to 1998, the parents of low-income children in 2010 were more likely to be unemployed, speak a language other than English, have an education of high school or less, be of Hispanic origin, and have been unmarried when the children were born.

And these socioeconomic changes affected poor kids disproportionately—even further widening economic and social disparities with respect to children from wealthy families. “We expected that things had gotten worse—certainly not that they have gotten better,” Reardon says.

Why did the gap narrow?

There is evidence that young children are being exposed to more enriching home environments, and that the growth in this exposure has been greater for low-income kids.

The findings are in another AERA Open paper.  Using data from the ECLS, researchers found that families of kindergarteners in 2010 had more books at home, read more to their kids, reported taking them to libraries and museums more often, and made greater use of educational computer games, compared to 1998.

“In many cases the increase in those activities is greater among low-income families than among high-income families, so poor families have been catching up in terms of the cognitively stimulating activities that young kids are experiencing,” Reardon says.

One factor that might have contributed to this is the growing public awareness of early childhood’s importance for cognitive development. “Such campaigns have probably influenced low-income parents more than high-income parents who were already doing many of those things,” Reardon says.

And there is reason to believe that increasing investment in some of these activities by low-income families may yield relatively higher returns. Going from zero to 10 books may have a stronger impact on literacy readiness than going from 100 to 110 books in the home, for instance.

In contrast, researchers didn’t find strong evidence to support that changes in public preschool participation contributed to narrowing the gap. It may be that the rates of enrollment in preschool did not change too dramatically over this time period for lower-income children. That does not necessarily mean that preschools did not play a role in narrowing the gap.

“It may be that the kinds of publicly funded preschool programs that poor kids attend have improved. There has been a lot of emphasis on preschool quality—but we can’t measure that in the data we had,” Reardon says.

Despite improvements, the gap between rich and poor kids remains large. Lower-income children were testing the equivalent of about six months behind in reading and seven months behind in math compared to higher income kids in 2010. Reardon says.

“But, the fact that the gap turned around suggests that these gaps are not an immutable law of nature. Even when there is high inequality, they can be changed.”

education, inequality, low-income
Previous Post Guest Voz: Latina tech founder shares lesson that comes with team diversity. And it's not what you think.
Next PostThe U.S. wants Costa Rica to host refugees before they cross the border. Here’s why

Guest Voz: Latina tech founder shares lesson that comes with team diversity. And it's not what you think.
Comment
The U.S. wants Costa Rica to host refugees before they cross the border. Here’s why