Latina Lista: News from the Latinx perspective > Columns & Features > BlogBeat > Study: Where We’ll Sympathize With an Individual, We Throw the Book at a Group

Study: Where We’ll Sympathize With an Individual, We Throw the Book at a Group

By David Berreby
This View of Life

For some time now, cognitive scientists have been sure that the mind is not made for logical reasoning. That ability is just a lucky side effect of the work brains actually evolved to do. 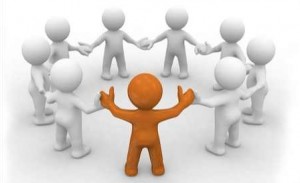 For example, people can learn, with some difficulty, to solve a logic problem with abstract symbols. But it’s much easier when turned into a question about who the bartender has to card tonight. Similarly, a purely logical mind would look at a collection of human beings — say, the citizens of Iran — and see an agglomeration of individuals, very few of whom have any say over whether their government develops nuclear weapons.

But the human mind is tuned for signs of people operating together as a team. So we say things like “Iran is trying to obtain nuclear weapons” or “Iran deserves to be annihilated.” In fact, according to this paper, the more we see people as part of a coherent group, the more harshly we judge their actions.

This is not exactly a secret to propagandists and other political types, who know that bombing Iran is a respectable subject for high-minded policy types, while possibly bombing Asghar Farhadi and his family just sounds like a Mafia hit.

Yet, as people who actually have to drop bombs have said, those are two different descriptions of the same decision, so psychologists should be able to explain why our reaction depends on our description of the choice. That’s what the new paper, which went online last month before print publication in a future issue of The Journal of Experimental Social Psychology, is about.

Its roots are in a powerful idea worked out in the middle of the last century by the philosopher and social scientist Donald T. Campbell. He proposed that the mind, when faced with any collection of people, can end up treating that group as if it were a coherent, single object that takes up a particular space and persists through time — in other words, as later work found, as if it were a single being, with thoughts, feelings, and intentions.

What determined this perception, Campbell thought, were certain specific cues: For instance, if people are all dressed alike (as soldiers are), if they’re close together (think soldiers again), or if it’s obvious that they share the same fate (think sailors, all in the same boat), then the mind is more inclined to perceive them as a single entity than as a collection of different Bobs and Daves and Barbs and Donnas.

(The actual traits of the group aren’t particularly relevant, because any assemblage of people — China, Tea Partiers, Catholics, Red Sox fans — can be made to look either like a monotone forest or like a varied stand of individual trees.

It’s all about how the people are perceived, which is what this paper examines.)