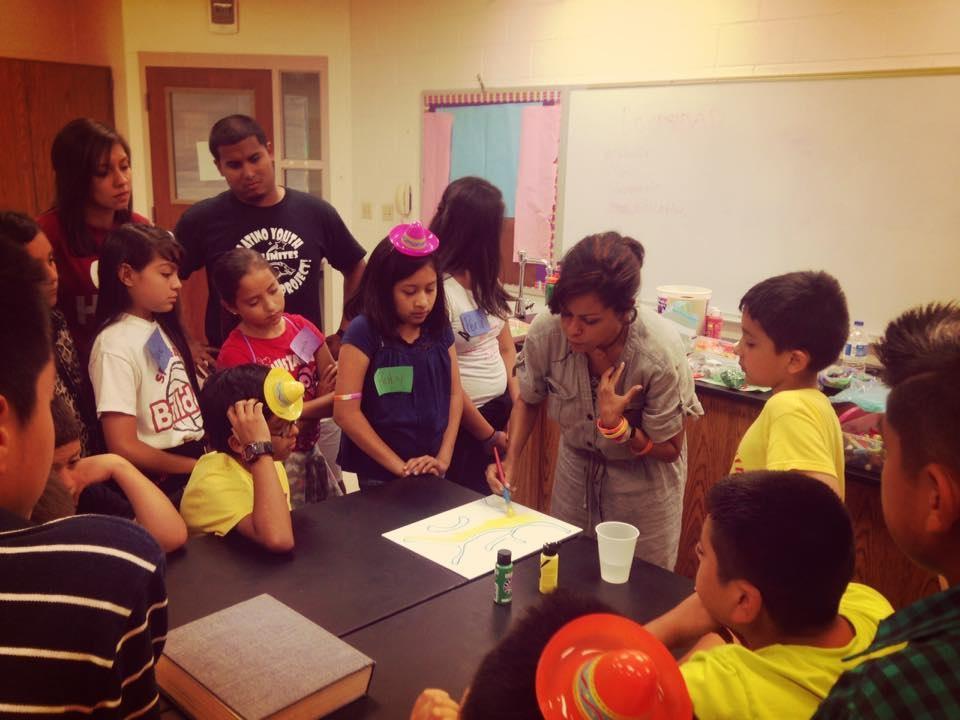 Spanish professor Luis Fernando Restrepo wanted his children to be bilingual. But living in Arkansas — where Spanish classes aren’t offered until junior high — there wasn’t much institutional support for this endeavor.

Inspired by his personal and professional experiences — including the development of courses in Spanish for heritage speakers, Latino education and bilingualism for the University of Arkansas — Restrepo, who is Colombian, and former high school Spanish teacher Jeanette Arnhart started an after-school program for students at a Springdale, Arkansas middle school in 2011.

“I felt that there needed to be a program to start early, helping children of Spanish-speaking parents to develop their language,” Restrepo wrote in an email.

As a continuing piece of the after-school program, 30 Latino fifth-, sixth- and seventh-graders started their second week of free summer camp today at J.O. Kelly Middle School in Springdale through the Sin Límites: Latino Youth Biliteracy Project. The summer camp, now in its third year, is an outreach program of the University of Arkansas La Oficina Latina: The Office of Latino Academic Advancement and Community Relations and the Department of World Languages, Literature and Cultures.

Through art, music, drama and other hands-on learning methods, a team of bilingual instructors, volunteers and host speakers provide the students a “living language learning community,” according to a University of Arkansas news release. The goal is for students to leave the camp having substantially improved in their reading and writing skills — both in Spanish and English.

It’s working, Restrepo said. Arnhart, now on the faculty in the world languages, literature and cultures department, is conducting research on this program for her dissertation. Overall, students are significantly improving in academic performance and literacy proficiency.

“We started working with Spanish heritage speakers — that is, if they can understand and speak Spanish,” Restrepo said. “Some come with some level of proficiency, (others) with just the basic.”

The camp is open to anyone, although only one non-Latino student without a Spanish language background is enrolled this year, Restrepo said. “More than ethnic or national background selection, it is more based on their linguistic skills and life experience. We will like to open Spanish for second language learners, but given our limitations in staffing and resources, we (started) with those who institutionally are not being supported.”

The community and school district’s response to Sin Límites – which translates to “limitless” in English — has been positive, Restrepo said, and there’s talk of starting the program in other schools. Parents have been grateful, as the program has helped foster a connection between Latino parents and their children’s schools.

Sin Límites is its own unique program, but Restrepo hopes others like it start to develop. He’d be happy to share the model with other groups, he said.