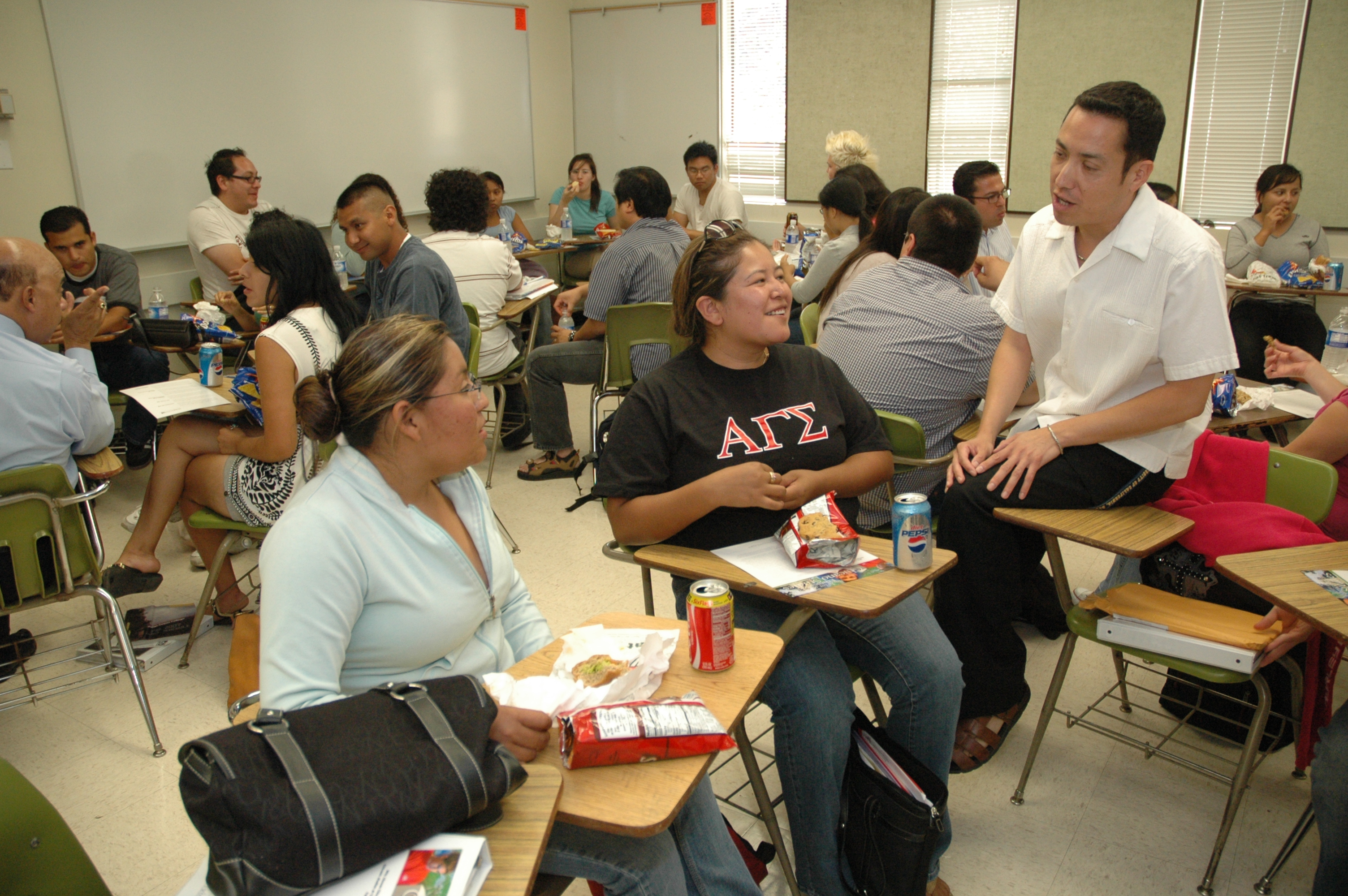 Is the future of America “brown”?

That question was asked of Mark Hugo Lopez, director of Hispanic research for the Pew Research Center, at EWA’s first Spanish-Language Media Convening in Dallas last Thursday. The reporter who asked the question was referring to the future of Latinos in the United States.

Lopez kicked off the conference with a session on Hispanic student demographics. He began his talk by spouting off some statistics:

Other statistics he mentioned include the following:

Taking all this into consideration, it’s important to note Latin America is no longer the United State’s largest source of new arrivals, Lopez said. Hispanic immigrant numbers have dropped in recent years, putting Asia – which has always been steady – at No. 1.

In addition, intermarriage is on the rise, Lopez said. One in four Latinos in the United States marries someone of another ethnicity, so “brown” babies to carry on the Hispanic name and culture aren’t always a given.

Nevertheless, Latinos do, and will continue to have, a large impact on the American education system and workforce.

Lopez acknowledged Asian immigrants’ reasons for coming to live in America are often different than Latinos’. Most Asian immigrants appear to come for education – the Associated Press reported in 2012 that about six in 10 international students at U.S. colleges and universities are Asian, and Asian students earned 45 percent of all engineering Ph.D.s in 2010, as well as 38 percent of doctorates in math and computer sciences and 33 percent of doctorates in physical sciences. Hispanics generally seem to come to work.

However, studies show education is becoming a priority among Latinos, too. Forty-nine percent of Latino high school graduates last spring enrolled in college for this fall’s semester immediately, Lopez said. A Pew Research Center survey conducted in October 2013 revealed Hispanics are the largest minority group enrolled in both two- and four-year colleges.

NPR reported last year that though college enrollment dropped in the United States from 2011 to 2012, Latino enrollment spiked by almost 500,000 students.

At that time, Marcelo Suarez-Orozco, dean of UCLA’s Graduate School of Education and Information Studies, speculated the statistics showed a natural cycle of the American immigration story. “I think the story here is really the story of the maturing of the second generation,” Suarez-Orozco told NPR’s Code Switch. “These are U.S.-born kids, and these are kids who have higher ambitions. They want to do better than their parents. And they’re connecting with colleges.”

Lopez’s statistics from the 2009 National Survey of Latinos seconded that. Eighty-eight percent of respondents age 16 and older said they agreed with the phrase, “In order to get ahead in life these days, it’s important to get a college education.” Only 74 percent of the general population age 16 and older also agreed. In the same survey, 72 percent of Latinos said they expected to become better off financially than their parents.

Lopez said colleges are seeing more female Latino students than male, but the same trend goes for black and white students. He clarified the gap is not as stark for Latinos as it is for the black population, but is more of a contrast than the one that exists between white males and females.