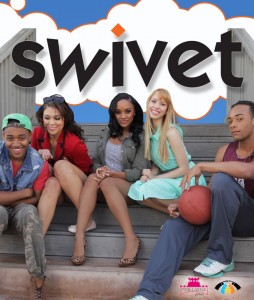 Pink Castle Pictures and the International Center for Professional Development (ICPD) have come together to produce a new web series aimed at getting teenagers interested in and engaged in the STEM fields.

“SwivetZone” hopes to get middle school students excited about the STEM fields by telling the stories of high school students, and how they apply the things they learn in their courses to the real world, something which a lot of students might not be able to do.

“We want to help ignite the spark that makes students want to learn, to ask questions, and to take on challenges,” said Scott May, executive director of the ICPD.

“Our new effort with Pink Castle Pictures uses entertaining web-based programming to tell the stories of high school students who explore their talents and put the theories they’re learning about in school to practical use.”

Swivet’s characters will be available in 2D cartoon and physical actors. 2D cartoons to help guide subject exploration, while live actors will tell the stories of the characters through 12 five-to-10 minute YouTube episodes. The episodes will be broken up in seasons like a regular show, with the first season beginning on September 27. SwivetZone doesn’t just use programming to teach kids about STEM, it also will host supplemental quizzes, games, and downloadable activities to “help students build on what they learn in the classroom.”

Swivet especially stands out in having a cast of characters made up of people of color and women — both groups who are an uncommon sight in the white, male-dominated worlds of science and technology. The protagonist is a young black girl named Diamond who has an “edietic” memory who is beginning to “realize the power of her intelligence and abilities.”

Seeing a face in these traditionally, and present-day, white, male-dominated fields that is relatable can only be a positive thing. Blacks, Hispanics, and women in general take longer to complete their degrees, and the pre-existing lack of minorities in the fields can be intimidating at best, with the stand-out individuals in these fields.

Swivet’s first season was filmed in locations in the United States an internationally, including in Zimbabwe and South Africa. The second season will be filmed in Washington, D.C.

Elaine Rita Mendus is a undergraduate student working on graduating college (someday soon). Her career interests include geopolitics, the Hispanic community, and urban planning. She really wouldn’t mind ending up a scriptwriter though…

engineering, mathematics, science, STEM, students, technology, youth
Previous Post Farmers Markets on the rise with over 3,000 added to National Farmers Market Directory online
Next PostVideo: In the land of plenty, 50 million continue to go without

Farmers Markets on the rise with over 3,000 added to National Farmers Market Directory online
1 Comment
Video: In the land of plenty, 50 million continue to go without