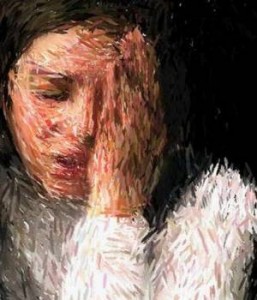 “‘Bridges to Better Health and Wellness’ is a promising intervention that can help to address some of the health care disparities faced by Hispanics with serious mental illness, a population that is often overlooked in the literature and in the system of care,” says Leopoldo Cabassa, associate professor at the Brown School at Washington University in St. Louis and lead author of the new study, which appears in Administration and Policy in Mental Health and Mental Health Services Research.

“This pilot study represents an important and initial step in the development of evidence-based interventions that are needed to combat the persistent health care inequities that disproportionately impact Hispanics with SMI,” Cabassa says.

The program is a version of an existing intervention, PCARE, developed and tested by Benjamin Druss of Emory University, adapted for the Hispanic culture.

The adaptations were conducted to increase the relevance of PCARE to Hispanic patients since the original intervention was not designed for this population and included a limited number of Hispanics in the original trial, Cabassa says.

“We also expanded the use of PCARE to a new provider group, masters-level social workers, since this a growing workforce that delivers most of the mental health care in the US,” Cabassa says.

The intervention was delivered by bilingual health care managers and all materials were translated and available in Spanish.

Thirty-four Hispanics with SMI, and at risk for cardiovascular disease, were enrolled in the study. Mixed-linear models were used to examine changes over 12 months in five categories: patient activation, self-efficacy, patient-rated quality of care, receipt of preventive primary care services, and quality of life.

“On top of the structural barriers that people with SMI face in accessing and using primary care services, Hispanics with SMI have to contend with additional obstacles to care related to their minority status, including language barriers and mistrust of the health care system due to discrimination toward minorities and immigrants in the US.”

Further, cultural factors—such as how people perceive and report their health conditions and how people relate and interact with the health-care system—are known to have an effect on health care.

“Attention to these cultural factors and incorporating them into the intervention can help to enhance the relevance of the intervention, thus increasing treatment engagement and hopefully benefits,” Cabassa says.

“Our study is one of the few studies to date to have adapted and tested a health-care manager intervention delivered by social workers that focuses on the Hispanic population. There is a stark under-representation of Latinos in these types of intervention studies, so up to now there was little to no evidence indicating that these interventions could benefit this population,” he explains.

The National Institute of Mental Health funded the work.