Latina Lista: News from the Latinx perspective > Columns & Features > BlogBeat > “The Consequences Of Dirty Air Have Blown Through My Open Window”

“The Consequences Of Dirty Air Have Blown Through My Open Window”

Have you seen these ads on TV?

I did and I thought they were powerful. I had no idea how powerful that message was until last week when I watched my own 11-month old have a nebulizer strapped around her head while she screamed and cried in confusion and fear. If it hadn’t been so scary, it would have been almost comical how completely unprepared I was to deal with a baby in respiratory distress. You see, I work with the Clean Air Council and I know the facts!

I know these facts. What I did not know until I experienced it firsthand, was the absolute fear that courses through a mother’s body when her child, her beloved baby, is gasping for air. Nothing prepared me for the moment that I heard a funny sound and noticed that Fiona, my baby, who can not even talk yet, was struggling for air. 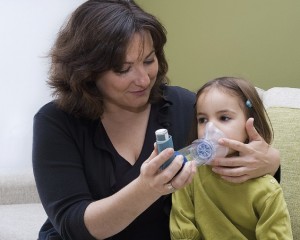 As a mother it took my own breath away as I watched my infant struggle with every inhale and exhale, hearing her wheeze and seeing her tiny body work to fill her lungs with oxygen. When we finally reached the doctor’s office, I cried with her as she screamed in confusion and fear while I held a mask over her face that delivered life-saving medication.

Frankly, I could have gone without the knowledge of that gripping fear, but the fact remains that nearly 1 in 4 Philly-area mothers live with that fear every single day. That fact is totally unacceptable to me.

The consequences of dirty air are no longer just bullet points on a fact sheet to me; they have blown through my open window, they have made their way into Fiona’s lungs as we played in the park. Doctors, nurses and scientists have said that unchecked industrial carbon pollution is especially dangerous for our children because it fuels the climate change that makes smog pollution worse, triggering asthma attacks and permanently damaging and reducing the function of children’s lungs. I now know that firsthand. We all have a right to breathe clean air and it is easy to take that for granted.

However, there is hope: the U.S. Environmental Protection Agency (EPA) and the Obama administration have announced standards to limit industrial carbon pollution from new power plants. These new standards are essential to protecting the health of our families, creating more jobs and protecting our environment. The EPA is taking important steps toward protecting public health and the health of our children, like Fiona, by doing its job under the Clean Air Act – safeguarding the health of American families from air pollutants with known negative health effects! Yet nearly every day I read about another Congressional attack on the Clean Air Act or the EPA.

If only our elected leaders on the Hill knew what asthmatic children and their families go through. If only they knew the emotional, and often financial, stress that befalls the parents of a child who can not breathe properly – the most basic of needs.

Our federal decision makers in the U.S. House and Senate should choose to stand with the mothers and children they represent by defending the standards put forth by EPA to reduce harmful air pollutants like mercury, dioxin or carbon. But instead many of our elected leaders have been siding with the corporations that create the pollution, causing a problem for our kids by voting to delay, weaken or overturn important EPA health safeguards.

The Alfonso family for one is so grateful that the Obama Administration and Environmental Protection Agency are setting and enforcing clean air standards that protect the health of our children. Fiona turns one this Friday and what better gift can we give her than the gift of clean air and a healthy safe environment to grow in?