The Persisting Impact of Racial Construction in Latin America 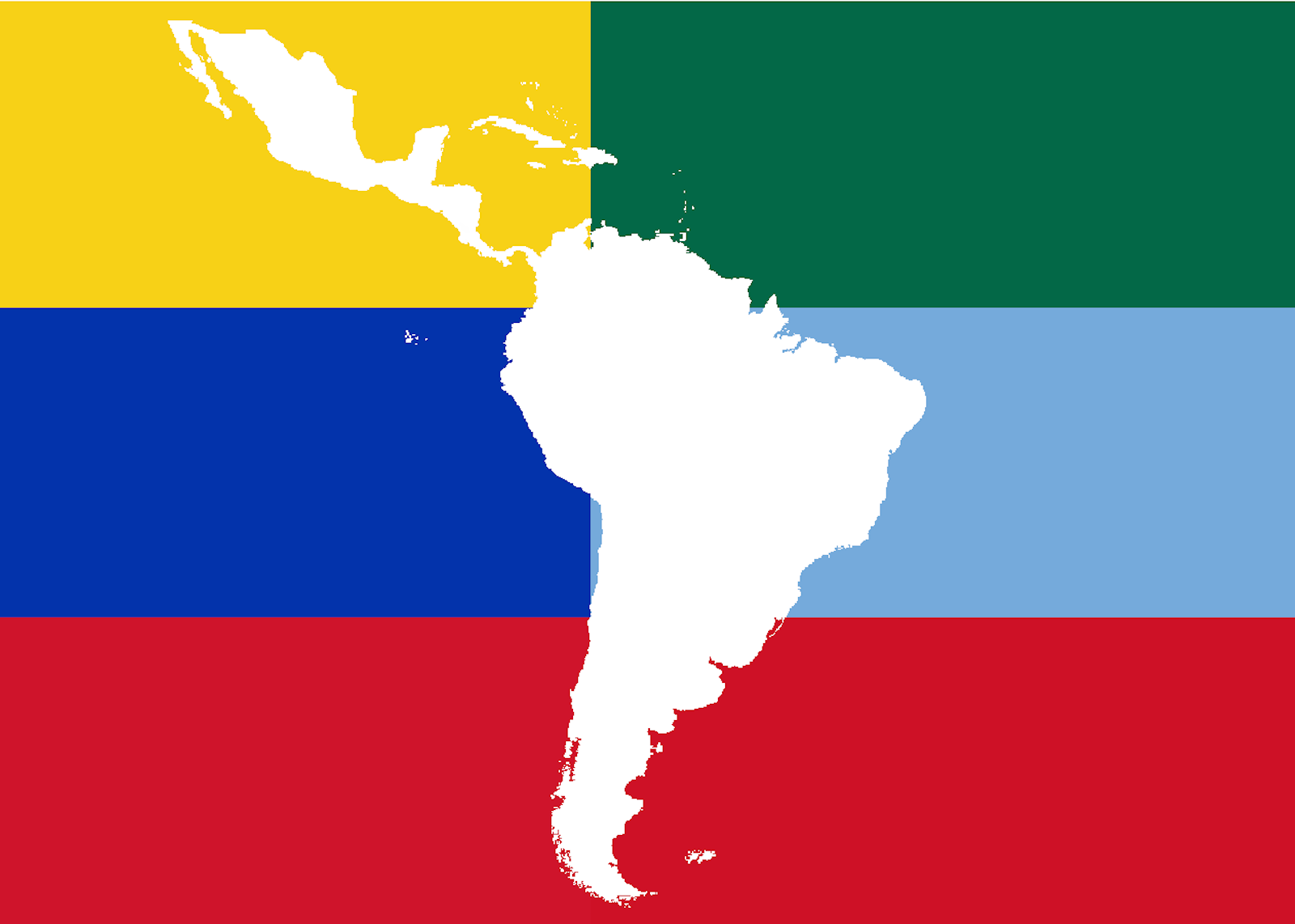 Although racism is not a new phenomenon in Latin America, the demonstration of racism has appeared in new ways according to the development of the continent. A recent example is Jair Bolsonaro, 63, a Brazilian politician and former military officer. Bolsonaro is controversial due to his positions toward minorities, women, same-sex marriage, immigration and abortion. Jair Bolsonaro is also known for his quotes towards indigenous people and Afro-descendants that he described as “undereducated” and “dirty people” during his visit in a quilombo in Brazil and said, “I don’t think they even serve for procreation anymore.” He is also against positive discrimination in schools. This controversial figure reminds us that even though Brazil is one of the most diverse countries in the region, discrimination still prevails.

According to Economic Commission for Latin America and the Caribbean, 92 percent of Afro-Caribbeans descents live below the poverty line and are under-represented in politics compared to white wealthy men who still prevail in Houses of Representatives and Parliaments. Minorities continue to be criminalized, incarcerated by law enforcement and military intervention; Marielle Franco’s assassination is the proof that impunity continues to generate racial inequality and public insecurity. In that context, it is clear that racism still prevails in Latin America.

However, in order to decrease the negative impact on people of color, ethno-education seems to be a solution which schools would recognize different cultures in order to recognize and value their people. As long as racial discrimination continues to be a social, economic, cultural and political reality in Latin America, efforts to eradicate it must entail a structural change of the development model and affect the predominant culture.

Historically, one of the elements that contributed to the racial and social hierarchies in Latin America, is the unequal distribution of wealth and political power, which was focused in the hands of the Spanish and Portuguese. Castes were created to represent the varieties of mixtures between the three European, indigenous and Afro-descendant ethnic groups.

From that point on, a colonial society was created based on the stratification, privileges and roles between communities. The expansionism of Christianity was used by Spanish imperialism as a justification for the conquest of the ancient indigenous civilizations. The greatest political and economic power belonged to the Spaniards who came directly from Spain. Meanwhile, the Creoles, who were Spaniards born in Spain but with a higher education, had less political influence.

On the third level, there were mestizos: these were often bourgeois artisans or landowners. In this sector were, those who worked the hardest jobs in mining and agriculture were African slaves, mulattos (black and Spanish) and, zambos (black and indigenous) this creation of racial hierarchy in Latin America is introjected into the mentality as well as other forms of discrimination, such as that suffered by women and the poor.

Today, even though progressive recognition (Colombia’s Constitution of 1991) , Afro-movement in the region, political inclusion, positive discrimination and quotas in universities, White people still have higher status in the society and continue to benefits of privileges regardless of their peers. Latin American countries have inherited the racial classification imposed by Spain and Portugal, in which the white color of the skin and the European features are enthroned.

In aimed to demonstrate this fact, in 2014 a group of researchers from Mexico City have made a video in order to study the effects of racism in Mexican society. The National Council to Prevent Discrimination (CNPD) carried out this project in a campaign called “Racism in Mexican society. A research work with Mexican children, replicating the experiment of Kenneth and Mamie Clark psychologists and researchers in child sociology, famous for their role in the civil rights movement in the 1950s in the United States.

The children of the “doll test” research were between three and seven years old. The psychologists asked participants to identify with the doll with which they felt they had more characteristics in common. During the experiment it was found that a large part of the children responded that the prettiest doll was the the white doll. With this data the Clarks concluded that prejudice, discrimination, and segregation have created a feeling of inferiority about people of African descent which can have long-term detrimental effects on their self-esteem causing them internalize stereotypes and racism to the point where they reject their own culture.

In the 1950’s, the Clarks’ found that 63 percent of African-American children declared that the doll they resembled most was the white child, which illustrates a lack of awareness of their own identity . Sixty years later, in 2009, after the arrival of Barack Obama to the presidency of the USA, the American program “Good Morning America”, a program of news and interviews produced by the ABC News division recreated the Clarks experiment, with African-American children in order to study their opinion of themselves with the arrival of the country’s first African-American president.

In this context, the answer was different, since 80 percent of the children studied declared that the doll that shared their characteristics was black. This finding is surprising when compared to Mexico’s test, where the Clarks experiment 60 years later is still relevant, with 76 percent of Mexican children answering that the the doll that looked like them was the brown one.

It can be explained as follows: American society began to change since the 1950s, when African-Americans began to have higher representation and participation in television, sports, education, and political and economic power. Contrary to this, in Mexican society there is no high representation of the indigenous community and Afro-descendants. At the same time, the absence of history, discourses and representations in the textbooks of studies, the scarce presence of teachers and other positive references in the intellectual or scientific field, makes it difficult the identification of students with the subjects and authors that they study and they do not have references of academic success.

The indigenous and black community has limited access to elite spaces, leadership, elective positions and political decision-making. In fact, according to the figures of the autonomous public body in charge of regulating and coordinating the National information system of Mexico, the National Institute of Statistics and Geography (INEGI), 80% of the indigenous people are poor, and 85% of the disabled work in informal markets. Two out of every three older adults are in educational lag, 8 out of 10 women have faced gender based violence and 22.2 percent of indigenous people do not have schooling.

The idea that “racism does not exist” is unfortunately an ideology that is part of Latin America, despite the growing number of social movements throughout the region. The “myth of racial democracy,” which holds that racial mixing in a population is a symptom of racial harmony and the absence of race-based inequalities remains influential among scholars and citizens.

In order to reduce discrimination and the rejection of their identity, schools in Colombia, Mexico, and Brazil decided to design permanent awareness programs aimed at the deconstruction of racism, as well as to dismantle negative values about people of African descent and indigenous people.

For this reason, ethno-education seems to be a solution aimed to change the perspectives toward minorities in the region. Ethno-education supports the recognition of different cultures in schools, in order to recognize and value their students’ diversity. Likewise, ethno-education seeks to develop an education that responds to the characteristics and needs of ethnic groups, developing cultural identity, interculturality and multilingualism. The project has already been developed in certain parts of Colombia due to a high presence on the Pacific of Afro descendants people and Indigenous community.

Of course, this measure encounters obstacles such as little correspondence between educational services and the reality of the people; the geographic dispersion of the population, or the inadequate administrative management. As more and more schools in Latin America take into account the diversity of their region, the following generations of citizens will be better equipped with the knowledge to fight discrimination.

Audrey Duc is a research associate at the Council on Hemispheric Affairs.