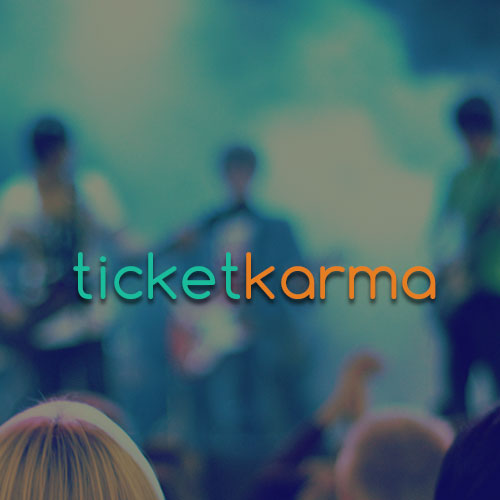 Joel Rojo is a Texas native, serial entrepreneur and currently the CODE2040 Entrepreneur in Residence at Capital Factory in Austin. His current venture, TicketKarma, is a ticket resale marketplace, changing the way music lovers share concert tickets with each other.

We asked Rojo a few questions about his work, entrepreneurial spirit and upcoming plans.

Más Wired: What is your product?

MW: How did you come up with the idea?

JR: I like live music and I love going to concerts. But I always found it was hard to find cheap tickets at the last moment. Or if my plans would change and I couldn’t go to a concert, but I already had tickets, selling them was always difficult and complicated. So I built TicketKarma with my friend as just a project on the side so I could use it. After I made the tool, we noticed that people liked the idea and that they were using the product. And that’s when I decided that I wanted to work on TicketKarma seriously rather than as a project on the side. We realized there were other people out there like us that wanted this problem solved. So we’re trying to solve it.

MW: What are 3 lessons you’d share with would-be entrepreneurs?

JR: Always test your assumptions and never spend too much time building something without validating whether it’s actually wanted. I’ve spent too much time building things that no one wants to use, but that I had assumed would be a in high demand. It’s better to spend 10 hours gauging the market and validating an idea than 100 hours building something only to find out no one wants it.

One entrepreneur I admire greatly is Yvon Chouinard, the founder of Patagonia. He stayed true to his passion and ideals and created a very successful company that keeps the environment and societal good in mind, not just money and the bottom line. His biography is a great read, Let My People Go Surfing, I highly recommend it.

Also, my favorite quote from Steve Jobs that I always keep in mind when thinking of creating something new. It’s awesome advice and words to keep in mind: “Everything around you that you call life was made up by people that were no smarter than you, and you can change it”

MW: What’s the future of your business, next steps, etc?

JR: We want to be across the nation by the end of the year. In the next few months we’d like to raise some capital so we can build out a team. We’re currently in the middle of building out our mobile apps.

MW: Where can people find you?

JR: Virtually, you can find me on twitter @joelrojo. Physically, I’m either at Capital Factory (where I office), at local tech meetups, on the trails of Lake Austin, swimming Barton Springs or Deep Eddy’s, or at my favorite coffee shop, Cenote, on the east side.