To stop racist comments, call them out 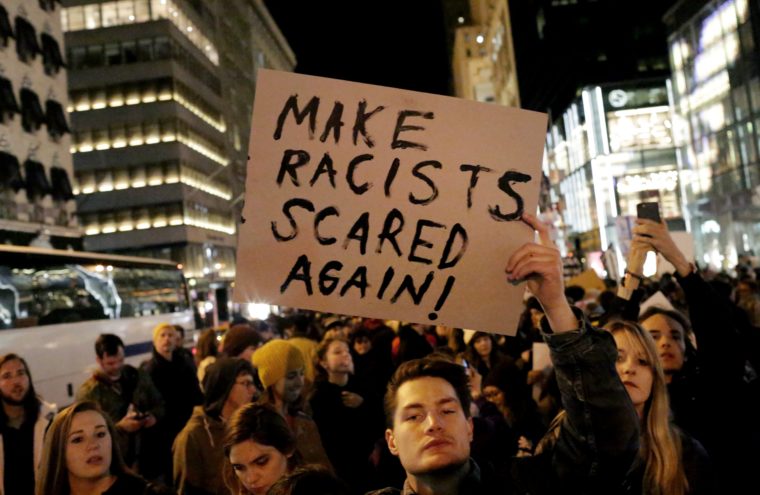 Confronting people who make racist statements may make them to reflect on their behavior and try to avoid repeating such statements, new research suggests.

“We found that participants who were confronted felt bad about their behavior, ruminated more, showed an enduring prejudice reduction,” says Diana Sanchez, an associate professor of psychology at Rutgers University. “And we didn’t just look at their immediate response, but looked at them a week later.”

Sanchez and coauthor Kimberly Chaney recruited two groups of university students, each numbering about 100. All the students self-identified as white. The researchers showed them a series of images, each paired with a sentence.

Researchers asked the participants to draw an inference from the picture and sentence. For instance, researchers might have shown them a photo of an African-American man, paired with the sentence: “This man spends a lot of time behind bars.” The researchers were hoping to draw a bigoted, or stereotypical response: This man is a criminal.

Randomly, the researchers either let the responses go unremarked upon or says, “Gee, that’s kind of stereotypical, don’t you think? I mean, this guy might be a bartender.”

A week after the initial test, researchers called the same people back and showed them a different set of faces and sentences. The researchers asked those who had been confronted earlier if they had thought about their previous responses and stereotyping. They had. Most of those people were markedly less stereotypical the second time around, the researchers found.

A second group of students went through the same process, and then underwent follow-up examinations online, with researchers adding (or not) words meant to elicit a stereotypical response. The second group also filled out an online questionnaire probing how much they had thought about their initial experience and how it made them feel.

Again, Chaney and Sanchez found the second group much less likely to stereotype than they had been originally.

Chaney, a graduate student in the School of Graduate Studies at Rutgers, and Sanchez write that this research shows for the first time that “the effects of intrapersonal confrontation endure.”

“I think this is important because we need to understand what reduces prejudice,” Sanchez says. “Confronting people is hard, and unless people know it will be effective, they won’t do it.”

The researchers report their findings in the journal Personality and Social Psychology Bulletin.