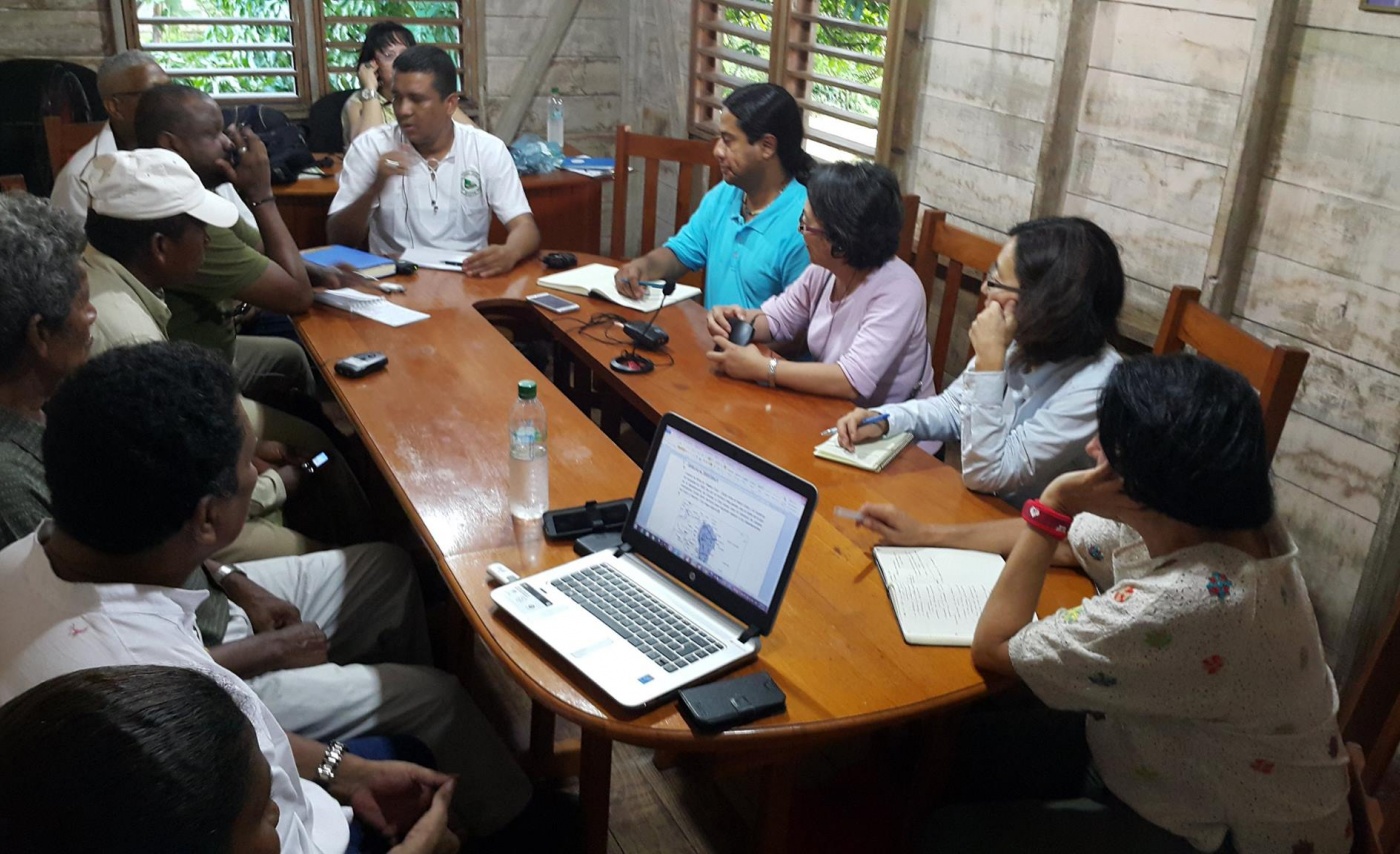 Conflicts over land rights, violence and impunity, and lack of adequate social service were major topics of discussion with the UN Special Rapporteur on the Rights of Indigenous Peoples, Ms. Vicky Tauli Corpuz during her official country visit to Honduras over nine days in November 2015.

Rapporteur Tauli Corpuz traveled to various parts of the country to meet with Indigenous representatives of the Lenca, Maya Chorti, Nahua, Tolupan, Garifuna, Pech, Tawahka and Miskito peoples, as well as government authorities, civil society organizations, and the private sector.

The rapporteur will use the information collected to develop a public report evaluating the situation of Indigenous Peoples in Honduras and to make a series of recommendations to help find solutions to ongoing challenges that indigenous peoples face in the country.

“In the course of the visit and my examination of the situation of indigenous peoples, I observed the critical situation faced by them regarding their rights on their lands and natural resources, violence, impunity and corruption, access to justice and lack of adequate social services including in education and health,” stated the Rapporteur.

Below is a summary of her preliminary findings.

A fundamental problem faced by indigenous peoples is the lack of full recognition, protection and enjoyment of their rights to ancestral lands, territories and natural resources. Even in cases when indigenous peoples have titled lands, these are threatened by competing and overlapping titles to third parties, natural resource development projects in the extractive and the energy sectors, charter cities, tourism projects and protected areas. I have heard concerning allegations of local and other authorities involved in illegal sale of lands and other violations of indigenous peoples’ rights.

Indigenous peoples also expressed concern about natural resource development projects like hydro-electric dams that were approved through national legislation not previously consulted with them such as the case of the Agua Zarca Dam. Members of Lenca communities that have opposed the dam due to impacts on their livelihoods and culture, reported grave human rights violations including killings, threats and intimidation. Unfortunately, this is not an isolated situation and similar human rights abuses have been reported to me in the context of other hydro-electric projects affecting Lenca people, mining and logging concessions affecting the Tolupan people or tourism and infrastructure projects in Garifuna lands.

The creation of protected areas that overlap indigenous territories has also led to the restriction in the access and control of indigenous peoples over their lands and resources. Yet, as pointed out by indigenous representatives, the establishment of protected areas has not prevented outside interests from engaging in logging, extractive and illicit activities on indigenous lands.

The effective implementation of the right to consultation and free, prior and informed consent was also a recurrent demand of indigenous peoples.

I am deeply concerned about the general environment of violence and impunity affecting many indigenous communities. I was able to talk to some representatives of the Tolupan tribes who described a situation of rampant violence including assassinations of Tolupan members for defending their lands. This is coupled with a widespread impunity of perpetrators of these crimes rendering justice illusive. Indigenous peoples are also vulnerable to human rights violations as a result of the general situation of violence prevalent in the country stemming from drug-trafficking, organized crime and related State responses. One example is the incident that occurred in the Miskito community of Ahuas on 11 May 2012 where four members of the community were killed during a drug interdiction operation led by the Honduran police and the United States Drug Enforcement Administration. Victims have not yet received adequate reparations nor justice.

A recurrent problem expressed to me was that not enough employment opportunities were available to bilingually trained indigenous teachers as the positions seem to depend on political affiliation. According to the information received, there seems to be a long way to go to achieve the aims of inter-cultural bilingual education and to provide the necessary materials and infrastructure. I have also heard many testimonies about the lack of health services in indigenous territories, including a lack of health facilities, personnel and medicines in clear violation to their right to health. I also had the opportunity to get first-hand information from the Miskito divers in Puerto Lempira. I urge the Government to take the necessary steps to regulate this activity and to provide them with needed health services, and their other demands.

Indigenous women and girls face serious and specific problems. The trafficking and prostitution of indigenous women and girls, as part of organized crime activities, was also a subject of concern expressed during my meetings. The situation of youth in indigenous communities was also pointed out. According to some testimonies, the dispossession of the lands and resources in the communities has led to a lack of opportunities for the young generations, which makes them prone to organized crime or forces them to migrate.

Read the Special Rapporteur’s full statement, including her preliminary recommendations to the state of Honduras.

Crowdfunder: Journalist on mission to change the immigration debate for 2016
Comment
The "new" Mexican migrant is retooling the American Dream