University of California’s Center a ‘Sanctuary’ for Undocumented Students 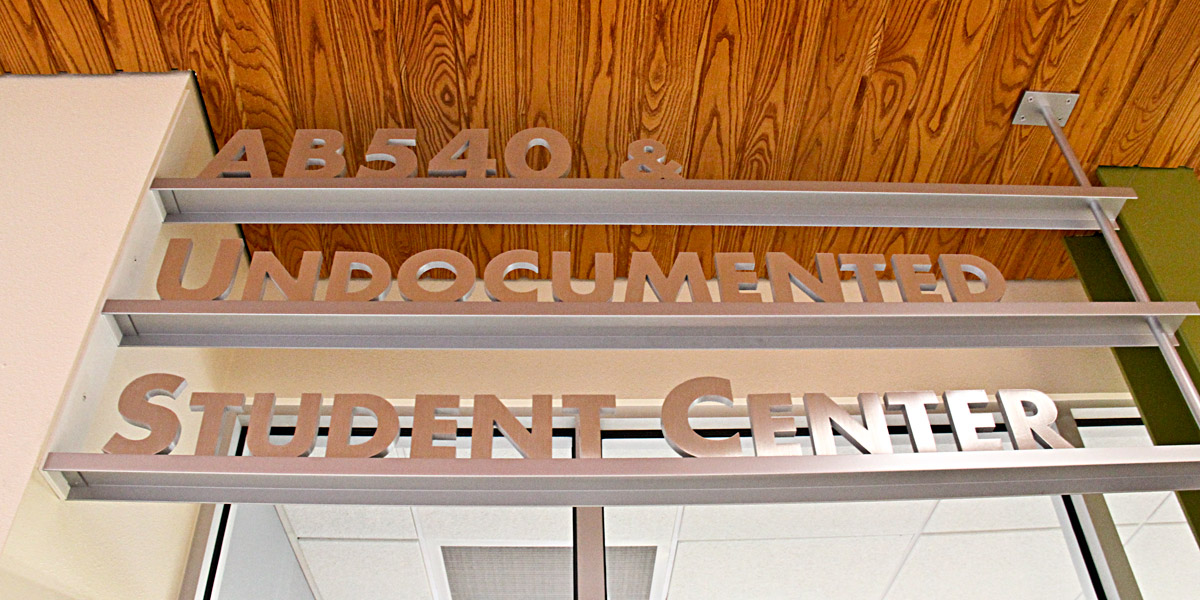 Named for the state law that provides in-state tuition rates to undocumented students who attended a California high school for at least three years and met other requirements, the AB540 and Undocumented Student Center acts as a “sanctuary” for students who may feel ostracized from their peers. Staff also provide academic, emotional and legal counsel.

“Undocumented students face various obstacles to higher education,” Emily Wilson writes for Diverse. “For example, they cannot receive federal financial aid and often cannot work due to their status. But the barriers go beyond the financial. Undocumented students can feel isolated and fearful of deportation.”

In 2013, UC Davis received $500,000 after President Janet Napolitano announced a $5 million initiative to enhance access to university resources and financial aid available to the school’s approximately 200 undocumented students. The funding for the center came out of this.

“Let me be clear: UC welcomes all students who qualify academically, whether they are documented or undocumented,” Napolitano said then at an event hosted by the Commonwealth Club of California. “Consider this a down payment — one more piece of evidence of our commitment to all Californians. UC will continue to be a vehicle for social mobility.”

UC Davis Vice Chancellor of Student Affairs Adela de la Torre told Diverse that creating the center, which opened in October, was the right move because it gives people the opportunity to talk about a critical issue.

“When you see the physical space, it creates a reaction, whether it’s positive, negative or neutral. It creates a meaningful dialogue for faculty and visitors who are polarized on this issue and a compelling narrative of why it’s needed,” she said.

The center serves undocumented students of any ethnicity but sees many Latino and Asian students which make up the majority of the school’s diverse population, at 18 and 40 percent, respectively, according to the article.