Visiting the Ixil Triangle and Uncovering its History with Community Radios 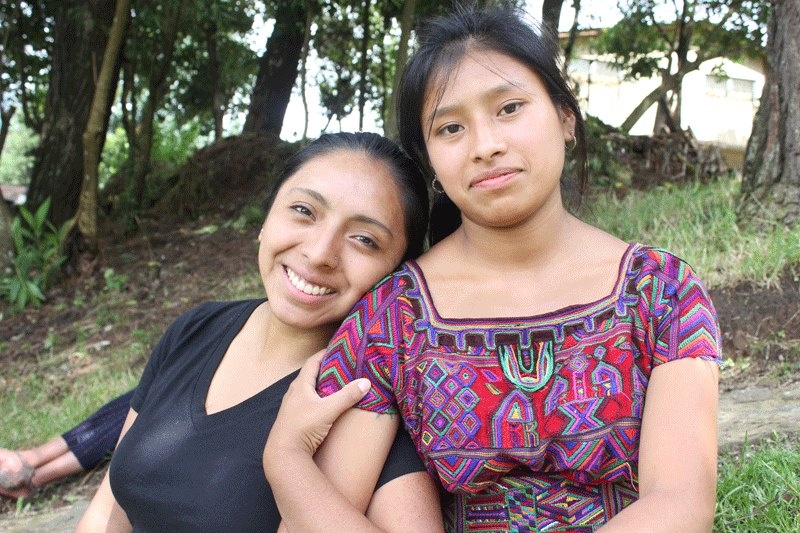 Guatemala has a sad history for the Mayan people. The civil war tore its population and left a veil of fear that has taken years to uncover.

Despite the signing of the Peace Accords in 1996 that brought peace to Guatemala and ended its 36 years of war, little has actually changed for indigenous communities. The Ixil triangle holds much of Guatemala’s war history.

During a short 3-day visit to Nebaj, Cultural Survival’s newest team member Ingrid Sub Cuc met with a couple of people from the Group, Women and Men for Peace. This local non-profit of Maya Ixiles works for the empowerment and development of the Nebaj community.

The group was originally composed of about an equal number of men and women, around 36 total, but the slow start and little income they were making pushed the men to find other jobs. There are still men involved in the group but most of them are too busy working to participate in all of the activities.

The group sells textiles and holds various community activities to raise money, including providing tours around their communities to foreigners. With the money they raise, they are able to rent a small space that they’ve turned into an internet cafe. Putting all their efforts together, the group was able to buy a piece of land, which was one of their biggest dreams.

They continue to work hard and hope to build a small gathering center for their activities as well as a retreat center for the youth and members of the community.

While participating in the group’s traditional picnic, Ingrid was able to talk to Petronila, a radio volunteer. Petronila volunteers twice a week at her local radio station, Radio Ixil, where she runs her own program on women’s health and women’s role in the church.

Radio Ixil has been on the air for over ten years and transmits most of their programs in the local language. The radio plays an important role in the community. Not only is it vital for news and events but it has also proven very vital during the trial of Efrain Rios Montt in 2011.

During the trial of ex-president Rios Montt, the Ixil community played a key role in the court. Most of the testimonies and evidence that were used in court came from the Ixil Triangle since these were the most effected communities.

The group of Women and Men for Peace held several sessions to take down people’s testimonies. The radio was able to encourage people to participate and speak up during this trial. Radio Ixil is small but stable, their frequency was donated to them in recent years, so they are one of the few community radios functioning legally in Guatemala.

Petronila shared stories of the war and the difficulties of moving on and reconciling that chapter of life for her community. The radio plays a vital role in this process.

It is incredible to see a community that fully embraces their history and take steps to educate their youth. The Ixil triangle hasn’t changed much over the years due to its remote location but it has learned to use its resources well.

Radio Ixil operates everyday and will certainly continue to empower both women and men in Nebaj.

To read about Cultural Survival’s work around the world, click here. To read more articles on the subject use our Search function and explore 40 years of information on Indigenous issues.

We take on governments and multinational corporations—and they always have more resources than we do—but with the help of people like you, we do win. Your contribution is crucial to that effort. Click here to do your part.