Voxy has launched a new service allowing customers to learn English by listening to music. We previously wrote about Voxy, a mobile app to help people learn English, which offers this new app for those trying to make the jump to adapting to English from Spanish. 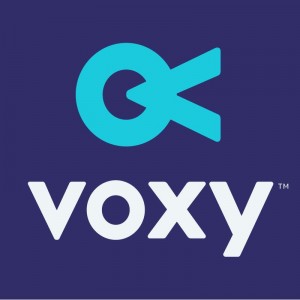 Voxy Music seems as though it will open a new door in the language barrier for people trying to access English. Instead of a lesson regiment or tedious speech dialogues, Voxy music draws on the listener’s own personal portal to English: their music collection.

“Music is an important part of daily life for most people; if we can connect English lessons to a user’s favorite music, then we have a powerful tool that will make language learning much easier,” said Paul Gollash, Voxy’s Founder/CEO in a press release by the company.

The release states that the app will help users learn from the vocabulary, sentence structure, grammar, and idioms of their music. What’s more, the app will be able to scan the user’s MP3 library to possibly provide additional lessons.

In conjunction with the release of Voxy music, the company is updating its ability to track a user’s progress across operating systems. Synchronization between a user’s mobile device and the Voxy web account allows users to practice more easily, and also while they are on the go.

A new user interface accompanies the launch of Voxy Music.

This is an interesting step toward making the language learning process easier for people, however, it is not unheard of. We’ve all been in those tedious language classes, and told “immersion is key.” Lots of teachers emphasize listening to music in the language you are trying to learn — however, one must keep in mind that songs are not the best grammar teachers, which could turn some away from Voxy Music.

On the other hand, this music does something that classrooms can’t: introduces vocabulary that might not be taught in the classroom, particularly slang or regional dialects. Exposure to dialects and localized versions of a language has its own benefits, and will allow dialect-savvy learners to incorporate terms which could help them move closer to a “relaxed” form of English, rather than a by-the-book-sounding English.

Either way, Voxy Music will hopefully ease the process of learning English for those who want to learn. Learning a language can be tough, but any help or accessibility aids are always good.

Dustin Mendus is a undergraduate student working toward a Geography degree, with a heart and mind firmly embedded in the world of Journalism. His interests include history, urban planning, and occasionaly dabbling in video games.