Watch movies in your language with myLINGO 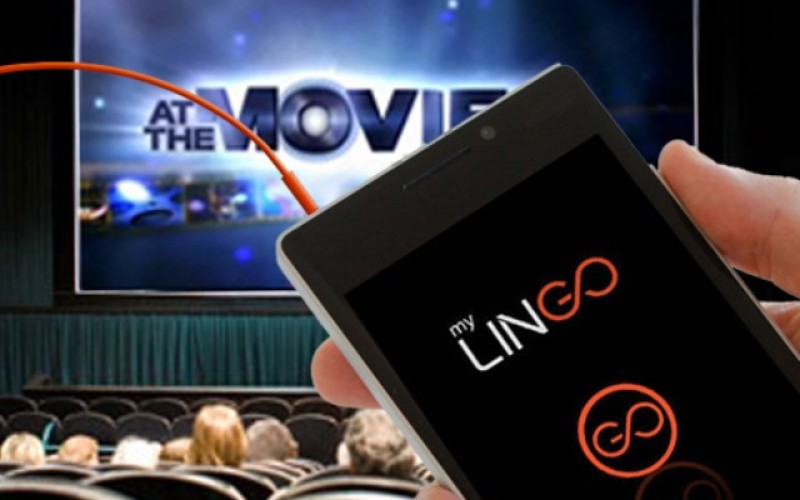 Olenka and Adam Polak grew up in a Polish-speaking household in Greenwich, Connecticut didn’t set out to be entrepreneurs. But an unpleasant moviegoing experience with their Polish cousins led them to create myLINGO, a company that uses pre-recorded language tracks to allow users to enjoy movies in their native tongue using their smartphones.

Olenka, 21, dropped out of Harvard her junior year of college and Adam, 25, finished Johns Hopkins as a Chemical Engineer in 2012. The siblings designed myLINGO to be theater and studio friendly and easy for consumers to use. Thus far the app has been used with “MacFarland USA” and the new “Cinderella.”

MW: How did this app go from idea to app?

ML: Co-founders Olenka and Adam came up with the idea during the summer of 2012 when we took our cousins visiting from Poland to a movie playing in English in a nearby theater. (Olenka was 18 years old and Adam was 22.) Our cousins didn’t enjoy their movie-going experience and were frustrated by the fact that they didn’t understand the context of the movie at all. From this experience, Adam and Olenka had the idea to make an app that allows for anyone to watch a movie in any theater and in any language.

“The way we do this is we use the already recorded alternative language tracks provided by the studios and synchronize the audio to play through your smartphone’s earphones in perfect sync with the audio coming through the speakers of the theater. So really the inspiration of myLINGO sprung from a childhood complicated by our family’s desire to enjoy group trips to the movie theater and our parents’ language barriers, which prevented them from attending movies with their children. We knew that pre-recorded alternative language tracks existed for a majority of movies, but were only available on DVDs. We created a smartphone application that hosted these audio tracks in time for in-theater releases, so our Polish-speaking parents could attend films with the rest of the family instead of waiting for the DVD and/or missing out on the movie altogether.”

MW: What’s the plan for the next 2-3 years, how will the app monetize?

ML: The app itself is free and then each film’s audio track costs a $1.99. Because our platform is so highly scalable, we are able to support any movie, anywhere, so the plan is to roll out multiple languages in the United States and then rather quickly enter the international markets.

MW: What languages are available?

ML: Well, we can actually support any language, which is great and makes the app entirely scalable! Any language in which the studio has dubbed the dialogue track into, can be mixed with the music and effects. Right now Spanish is the most accessible and makes the most sense for studios targeting the Hispanic community. With myLINGO, no one is left behind when it comes to going to the movies as a family or group. Our users say it best, “We’re laughing at the same time, and I no longer have to explain everything as it happens on the screen !”

MW: What advice would you give other young entrepreneurs?

ML: Only do it if you’re really confident and passionate about the product you are creating because at every step of the way there are about a hundred thousand obstacles and reasons to quit. So yeah, we really believe our product is fantastic and will make an everlasting impact on one a world-favorite experience.

To have a genuine first-time founders experience, we highly recommend to jump right in, wide eyes, open hearts, and learn from doing. I, (Olenka) didn’t know what a “startup” really was before we got started. I thought myLINGO was an app we’d get off the ground in 4-6 weeks, and I never thought that we would be spending years with raising rounds of financing, building an organization, developing international marketing strategy, etc.

If I knew what I was about to get myself into, perhaps I would’ve been too scared to do it! I think there’s nothing you can “prepare” for, but there’s a lot you can do to help yourself along the way. Before you put together a marketing plan, email a professor at your school (or business school) and ask him to forward you his favorite articles or blog posts about marketing in today’s world. Reading this stuff is so cool when you’re actually out there in the real world trying to make it happen.