Latina Lista: News from the Latinx perspective > Columns & Features > BlogBeat > What Don Quixote has to say to Spain about today’s immigrant crisis 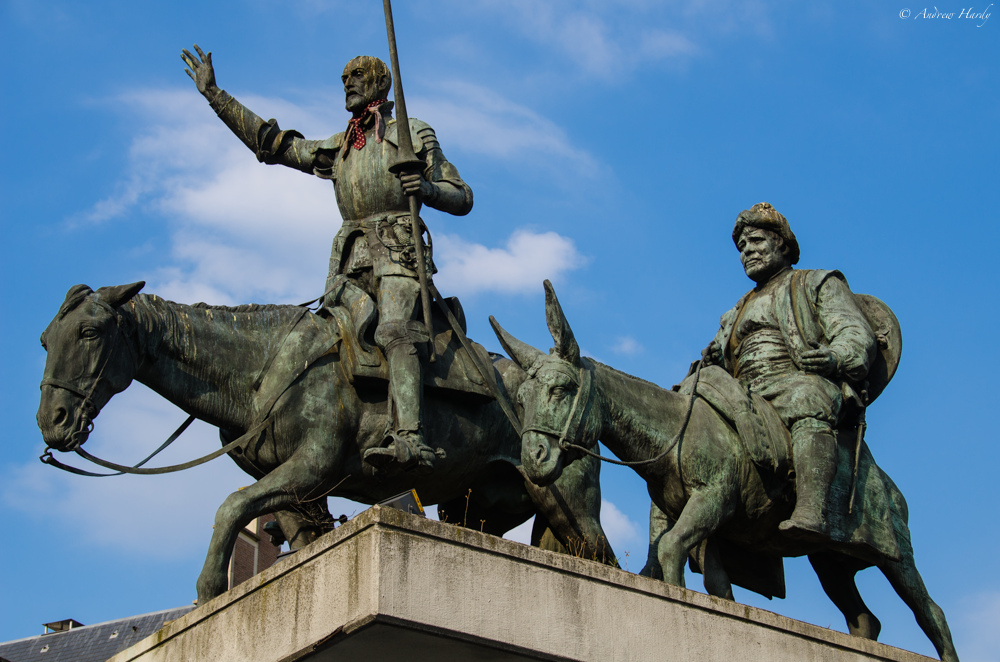 By Patricia E Grieve
The Conversation

In 1492, the Spanish Inquisition forced Jews to convert to Christianity or to leave the Iberian peninsula – on pain of death. Some five centuries later, in June 2015, the Spanish Parliament invited the descendants of those Jewish exiles to apply for Spanish citizenship without having to give up their current passports.

As the Catholic Church continued to establish its primacy at the end of the 15th and beginning of the 16th century, Spain’s Muslims, too, were forced to convert.

Called moriscos, these Muslims made up, by some estimates, approximately 4% of the country’s population. But they were not to be there for long.

By 1609, the royal expulsion had been decreed – the moriscos were ordered to leave Spain. And they did, in waves, between 1609 and 1614. To this day, their descendants have been denied the “right of return.”

Might the great Spanish writer Cervantes, whose second volume of Don Quixote was published 400 years ago this year – right after the expulsion of the moriscos – shine any light on this current debate?

When I teach Don Quixote to my students at Columbia, we can find a dark, deeply satirical, and skeptical Cervantes, but also a more nuanced and multicultural one, capable of tremendous irony. This is not – as is assumed by some – by-the-book Spanish Catholic and traditional orthodoxy.

What we see is a Cervantes of complex humanity. Despite being captured by pirates and imprisoned in Algiers, and, from the little we know, having lived a life of many deep disappointments, we see in his writings that he was still able to sort out good and bad – among Spaniards, Turks, North Africans, English, Catholics, Protestants and moriscos – by their behavior and not by their labels.

Cervantes is most often remembered for Don Quixote, giving the world the term “quixotic” and the phrase “tilting at windmills,” and the endearing and often frustrating characters of Don Quixote and Sancho Panza.

Less generally known, but significant even today, is the voice Cervantes gave to ideas of freedom and tolerance, especially religious freedom and the powerful love of one’s homeland.

This occurs most notably in Part II of Don Quixote through the character Ricote the Morisco, a former neighbor of Sancho Panza, who has settled in Germany after the historical expulsion of the moriscos.

Ricote longs for his homeland, Spain.

Ricote, his countrymen and Cervantes

Ricote, though he might face death if discovered, has sneaked back into the country, dressed as a pilgrim, in order to find buried money he had been forced to leave behind.

While revealing to Sancho that he himself has been less devoted to Christianity, nevertheless he has a wife and daughter who were true converts. Surprisingly, he defends King Philip III’s decree, while vividly painting the effect on himself, his family, and other moriscos:

You know very well, O Sancho Panza, my neighbor and friend, how the proclamation and edict that His Majesty issues against those of my race brought terror and fear to all of us…It seems to me it was divine inspiration that moved His Majesty to put into effect so noble a resolution, not because all of us were guilty, for some were firm and true Christians, though these were so few they could not oppose those who were not, but because it is not a good idea to nurture a snake in your bosom or shelter enemies in your house. In short, it was just and reasonable for us to be chastised with the punishment of exile: lenient and mild, according to some, but for us it was the most terrible we could have received. No matter where we are we weep for Spain, for, after all, we were born here and it is our native country.

Spain, like other European countries, feared the power of the Ottoman Turks, whose expansionist movements seemed unstoppable in the 16th century.

But Spain had a unique situation that contributed to the fear of the Ottoman Turks.

As a land that had been under Muslim domination for hundreds of years (from AD 711 to the mid-13th century) when Christian conquests of important cities left only the Kingdom of Granada until it, too, fell in 1492, Spain had a significant Muslim population, especially along the coasts.

Across the Mediterranean, the Barbary states of North Africa were under Muslim control.

Although forced conversions of Muslims in the 16th century intended to create a society of Christians, both Church and Crown feared that Muslims were “false converts,” remaining “crypto-Muslims,” disloyal to Spain, and worse, conspiring with Constantinople to bring about the fall of Catholic Spain.

To be sure, Christian forces across Europe enjoyed significant victories, defeating the Ottoman Turks, for example, at the Battle of Vienna in 1529.

Nevertheless, Spain felt acutely the dangers of morisco society. Church and Crown turned away from what they saw as failed strategies of assimilation and instead debated, confirmed and then justified the strategies of expulsion that took place in waves between 1609 and 1614.

While some may see Ricote’s defense of King Philip III’s decree as Cervantes toeing an orthodox line, it is obvious that a multicultural Cervantes also managed to air opposing views, under the eagle eye of the Inquisitional censors.

While nodding to the perceived political efficacy of expulsion (the moriscos may not be “true Christians”), Cervantes nevertheless makes no small point when he writes that the morisco exile “weeps for Spain” and the loss of his own country. Cervantes is unique in the degree of sympathy he shows to the moriscos and in his recognition of their allegiance to Spain.

The Spanish government has congratulated itself on righting a historic wrong by allowing dual citizenship to the descendants of Sephardic Jews.

But, at the same time, it maintains that the two cases have no basis for comparison. In one case, they argue, bigotry lay at the heart of the expulsion. In the other, the expulsion of the moriscos was the result of decades of political clashes and thereby warrants no apology. As a member of Portugal’s Parliament (that has passed a similar law inviting Sephardic Jews to “return”) put it:

Persecution of Jews was just that, while what happened with the Arabs was part of a conflict.

But, a more obvious answer may lie in the migrant crisis facing Europe today.

Spain has particular problems with a growing number of refugees crossing the narrow Strait of Gibraltar from North Africa, and has
already faced severe criticism by other members of the European Union for allowing its borders to be so porous, thereby opening the way for migrants to enter France and other countries. Although human rights activists have called for a more holistic response to immigration on the part of the European Union, it has still been left to the Southern European countries on the front line to bear the brunt of the migration crisis.

Because of the large number of descendants of moriscos around the world – some estimate tens of millions, most of whom are in North Africa – observers say that virtually overnight, if Spain were to rescind the Edict of Expulsion of the moriscos, it could become the largest Muslim population in the European Union.

According to a study conducted last year by the University of Limerick, Spanish attitudes toward immigrants have significantly worsened since 2002. A 2014 Pew survey revealed that more Spaniards are negative about Muslims (46% unfavorable) than are Germans (33%) or British (26%).

Interestingly, although Spanish scholar Americo Castro (1885-1972) recognized that Cervantes’ works demonstrated religious and ethnic tolerance, most criticism of Cervantes in Spain today is far less engaged with views of his tolerance than are scholars who are based in the US and Britain.

There are many things Spain itself must consider in dealing with the migration crisis, and no one underestimates the vast number of problems.

But maintaining a flimsy line of defense between the justification for allowing the descendants of Sephardic Jews to return to their homeland because of their much smaller number, while continuing to force the descendants of moriscos to “weep for Spain,” like Ricote the Morisco, should not continue.