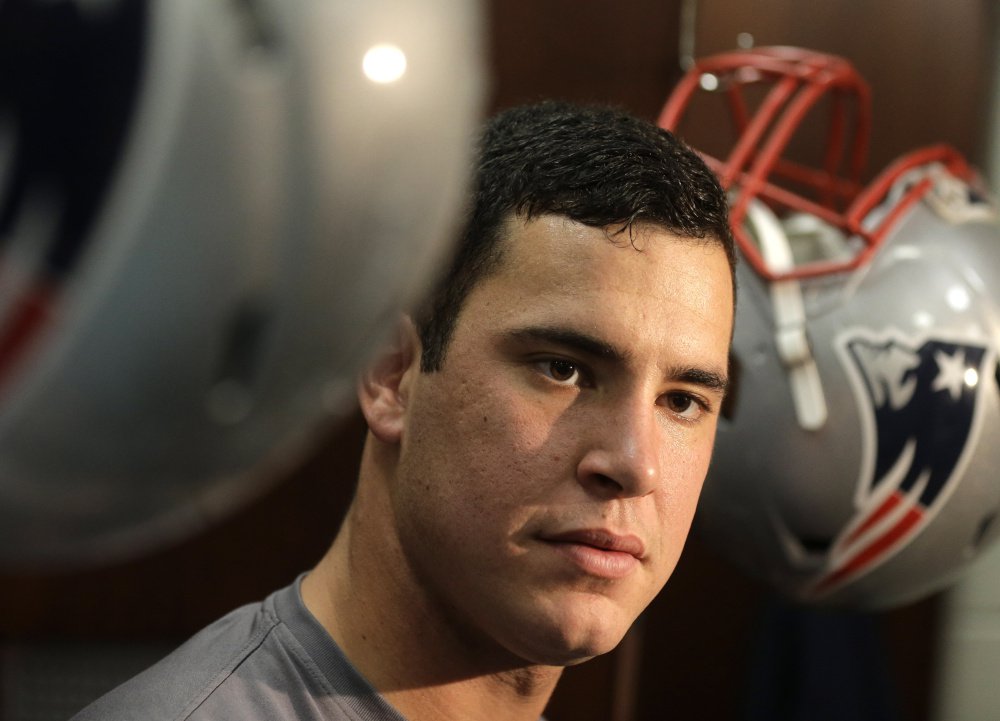 Of the 106 players on the Atlanta and New England NFL rosters in this weekend’s Super Bowl, only one appears to have Latino heritage—Patriots’ long snapper Joe Cardona.

Only 26 of 1,696 NFL players were Latino last season, according to a report.

Much lower than the overall U.S. population, where 17.3% are Latino.

So, why are so few NFL players Latino?

Judd Spicer tackled this issue in a recent article in The Desert Sun. He didn’t surmise there was a lack of talented Latino players, or bias against those players.

Rather, Spicer noted there are fewer Latino players in the pipeline.

Only 3.7% of college football players were Latino in 2014-15, according to NCAA studies he cited.

“A lot of people, their parents think, that it’s better for the kid after they graduate just to stay and work, so they can start getting money and help the family out right away,” Fernando Meza, one player, told Spicer. “Because if you go off to college, you don’t see the benefits now. So, they want to stick together as a family and start doing stuff (working) right away.”

“Of course, we’re going to think about our families, but our parents always want us to succeed in life and not live through the same struggles as them,” said Horacio Ramirez, another player.

There have been some successful Latino player role models over the years.

Anthony Muñoz, who played 13 seasons for the Cincinnati Bengals in the 1980s and 1990s, is considered one of the NFL’s all-time best offensive lineman.

Tony Gonzalez, who played for the Kansas City Chief and Atlanta Falcons from 1997-2013, is the NFL’s all-time leader for receiving yards (15,127) by a tight end.

The NFL also features other players on its Hispanic Heritage website.

NFL viewership among Hispanics has increased 28% in the past five years alone, according to a news report. The NFL also hosted a Oakland Raiders-Houston Texans game in Mexico City in November 2016.

“Hispanic sports fans value going to the game more than non-Hispanic viewers,” Elizabeth Lindsey, a marketing expert, told CNN Money about the Raiders-Texans game, which sold out in one day. “They still value the live experience.”

education, football, Latinos, sports
Previous Post New test for waterways finds crazy list of pollutants
Next PostLatinos, on either side of border, battle "not so innocent" America over environment

New test for waterways finds crazy list of pollutants
Comment
Latinos, on either side of border, battle "not so innocent" America over environment