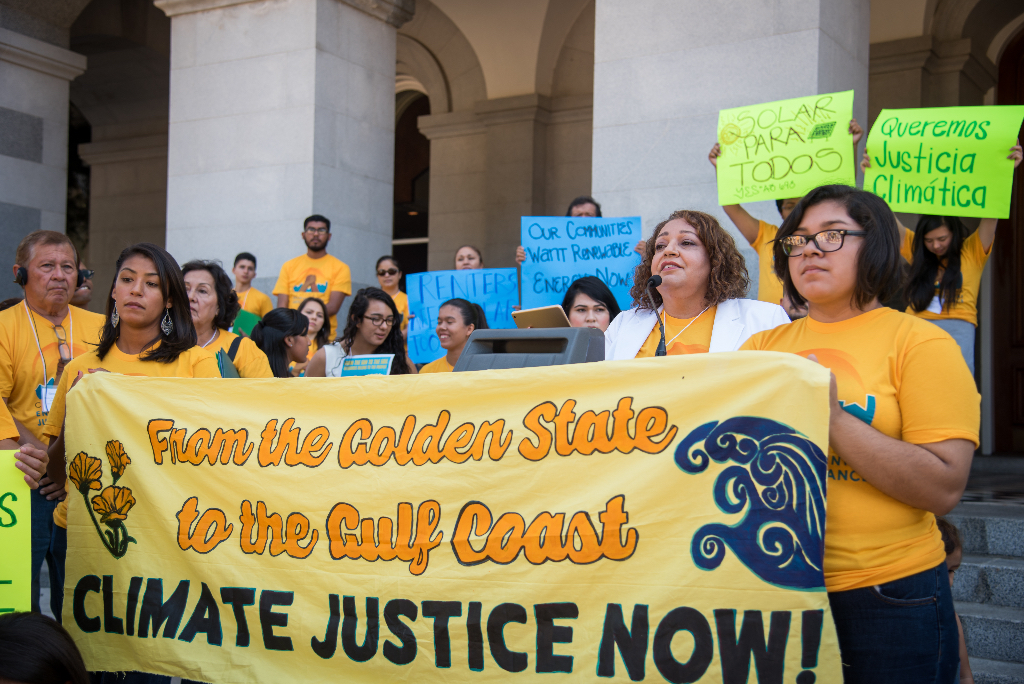 By Lindsey McDougle
The Conversation

But although people of color are more likely than whites to live in polluted places, they are much less likely to volunteer on behalf of these causes than whites. This lack of diversity renders green groups less effective.

As someone who researches environmental volunteerism, I understand that these nonprofits are often responsible for protecting vulnerable communities. They were among the first to demand accountability in 2015, when news of the lead-poisoned water supply in Flint, Michigan, shocked the nation, for example.

With the Trump administration rolling back environmental regulations, these nonprofits need all the help they can get. That makes it more important than ever for them to do a better job of recruiting volunteers of color.

Despite this growth, people from communities of color engage in environmental volunteerism at lower rates than whites, according to the Bureau of Labor Statistics. In 2015, for instance, 3.1 percent of white Americans volunteered for green causes, while only 1.6 percent of Latinos and 1 percent of black Americans did so.

This racial divide is unfortunate since environmental injustices often disproportionately affect communities of color. According to a recent national study by researchers at the University of Minnesota, people of color are exposed to deadly airborne pollutants at significantly higher rates than whites. And a recent study by Michigan authorities found that systemic racism helped trigger Flint’s water crisis. More than half of the city’s residents are black.

Why, then, don’t more people of color volunteer for environmental causes? Here are three possible reasons.

Second, the people who recruit volunteers for environmental organizations work for them. And the best way to recruit diverse volunteers is to employ a diverse staff with whom a wide range of people will easily relate. Yet, as Dorceta E. Taylor, the director of diversity, equity and inclusion at the School of Natural Resources and Environment at the University of Michigan, revealed in a 2014 report, people of color are severely underrepresented in this workforce. Nearly 90 percent of new hires in these groups from 2010 to 2014 were white.

Third, many environmentalists make little effort to reach out to people of color based on flawed assumptions regarding their level of interest in these issues. As Taylor said in an interview with Grist, an environmental news website,

“The perception that people of color don’t care about the environment has existed for a long time and has been debunked for just as long.”

A better explanation, perhaps, may be that the environmental movement has not tried hard enough to engage African-Americans, Latinos and other people of color.

A key to success

Why should environmental groups recruit nonwhite volunteers? Primarily, because volunteers make it possible for them to succeed.

Canadian researchers have found that volunteers are the second-most important resource needed for environmental nonprofits to effectively achieve their missions, after funding.

This is likely even truer of environmental nonprofits working in communities of color. These nonprofits must not only achieve their mission, they must also earn the locals’ trust.

How can environmental nonprofits recruit and retain volunteers from communities of color? My research may offer some insight.

While studying volunteer motivations, particularly for environmental causes, I’ve learned that people volunteer for many reasons. Some want to make new friends. Others want to give something back.

Although understanding motivations can help recruit more volunteers, few nonprofits assess what motivates people to volunteer for them.

In other instances, simply tinkering with communications styles may not suffice. In my study exploring factors that influence environmental volunteerism among Canadian young adults, I found that these nonprofits attracted more volunteers when they aligned motivations with assigned tasks. For some nonprofits, this may require that they entirely redesign their volunteer programs.

For example, volunteers eager to learn more about environmental justice issues will feel let down if they’re stuck in an office stapling papers. A better fit: opportunities to do outreach alongside staff members in poor and minority communities.

Effective recruitment starts not by designing programs for these communities, but by listening to them. Environmental groups need to learn what motivates volunteers of color and to identify and overcome their perceived barriers to volunteering.

Unless they change their ways, green organizations will fail to attract more volunteers of color – often the very groups they intend to serve.

Lindsey McDougle is assistant professor at the School of Public Affairs and Administration (SPAA) at Rutgers University Newark.