Why Is The Monarch Butterfly Population Shrinking? 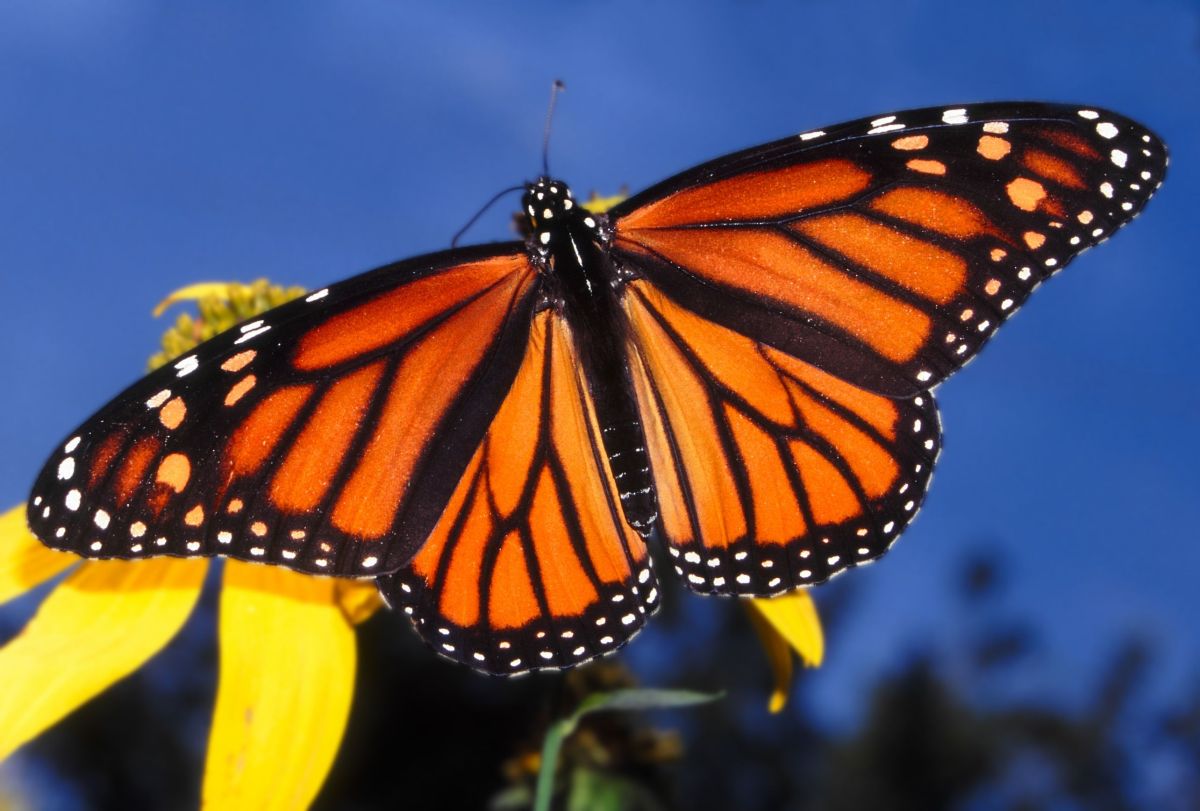 “Where are the monarch butterflies this year?” One of many recent emails on the topic asked me. Headlines about monarch decline seem to confirm gardeners’ observations: Populations of the once-familiar orange-and-black creatures are not what they were. What’s going on, and how bad is it? Is there anything we can do?

I invited conservation biologist Dr. Karen Oberhauser, a University of Minnesota professor and leading force in its Monarch Lab, who has studied Danaus plexippus for almost 30 years, to my latest radio show to explain.

The 2013 numbers: how bad a decline? Indeed, says Oberhauser (in the featured photo) the 2013 data aren’t rosy. Counts are made at various life stages, including during spring and fall migration, and the areas occupied in overwintering times (in Mexico and California) are also measured, yielding what may be the most accurate numbers on total population.

“Last year at the overwintering sites, the area occupied was at only 60 percent of its previous low,” she says. “It had been declining, but that was astonishingly low.”

The migration-monitoring program Journey North also reported lower stats this cold spring. And though the numbers are only preliminary, University of Minnesota’s Monarch Larva Monitoring Program seems to indicate that “we’re at about 20 to 30 percent of our average,” Oberhauser says, acknowledging that these drastically lower numbers might be a “new normal.” But she’s not sounding defeated, by any means.

A big positive: A lot of people are interested in monarchs. “Though it will be difficult to make up for all the habitat we’ve lost, we can make that ‘new normal’ as good as we can.” (Ways to help are father down this page.)

“The migration really depends on a long chain of habitat, and if any links in that chain are broken, it’s very possible that we would lose the phenomenon,” says Oberhauser, who again offers a bright-ish counterpoint:

“But monarchs themselves are a very resilient or “plastic” species—meaning they have behavioral plasticity—they can basically change their behavior to be appropriate for the environment they find themselves in.”

Though monarchs are a New World species, they have found their way to Hawaii, Australia, New Zealand, Southern Spain, Portugal – very different places from where they evolved. “And when they get to a new place they just kind of do the right thing,” says Oberhauser. In Hawaii, for instance, they don’t need to migrate. In Australia, they need to migrate out of dry areas part of the year. And so on. Adaptable.

How does monarch migration work? In fall, monarchs in the northern parts of the country and into Canada are seeking nectar sources to fuel up for their flights south. They’ll fly all the way to somewhere along the California coast (if they start out West), or down into Mexico from the East, and will stay there throughout the winter.

“What they need there is a safe place that will shelter them, but can’t be too hot — which would burn up all their fat reserves,” says Oberhauser, “and it can’t be too cold, either.”

Around the middle of March, the overwintering monarchs start to leave Mexico (or California) for the journey north. Few make it all the way back; they lay eggs along the way, in northern Mexico and the Southern U.S., and those subsequent generations eventually continue moving up the continent. More generations are born up north in summertime, the last of which start the move southward again. A full chart on the life cycle is on this page at the Monarch Lab website, with a map and explanation also at the Monarch Joint Venture site.

How can we help monarchs? The most important ways individuals, including gardeners, can help monarch butterflies:

1. Try to make as much habitat available as possible. Unmow some of that monoculture of lawn; plant milkweed and nectar sources as part of the wilder area. (Oberhauser’s average-sized yard has 117 milkweed plants in it, for instance. It can add up, if we all help. “There’s a lot of Kentucky bluegrass out there,” she points out.)

Monarch larvae, or caterpillars, mostly eat milkweed (Asclepias), though the larvae can feed on a few other genera in what used to be in the milkweed family — but no longer are classified that way. One of the plants is Cynanchum laeve, or sand vine. Adult butterflies use various flowering plants as nectar sources, including milkweeds; eupatoriums such as boneset and Joe-Pye weed; goldenrods; asters; blazing star or Liatris; ironweed or Vernonia; many daisy-like plants and more.

2. Volunteer to be a citizen scientist in behalf of monarchs – even if you only have a few milkweeds, says Oberhauser. The more data the better. Here’s a list of all the organizations around the country. The Monarch Larva Monitoring Project, Journey North, and Project Monarch Health are possibilities. Or tag monarchs to help study their fall migration, either through Monarch Watch in eastern North America, or the Southwest Monarch Study in the west.

Margaret Roach has been a leading garden writer for 25 years—at “Martha Stewart Living,” “Newsday,” and she is the author of three books, A Way To Garden, I Shall Have Some Peace There, and her latest, Backyard Parables. She is the creator of the popular gardening blog, A Way to Garden. Margaret hosts a public-radio show; lectures and tours, and always says no to chemicals and yes to great plants. More about Margaret HERE.