Will Nicaragua’s canal be an eco disaster? 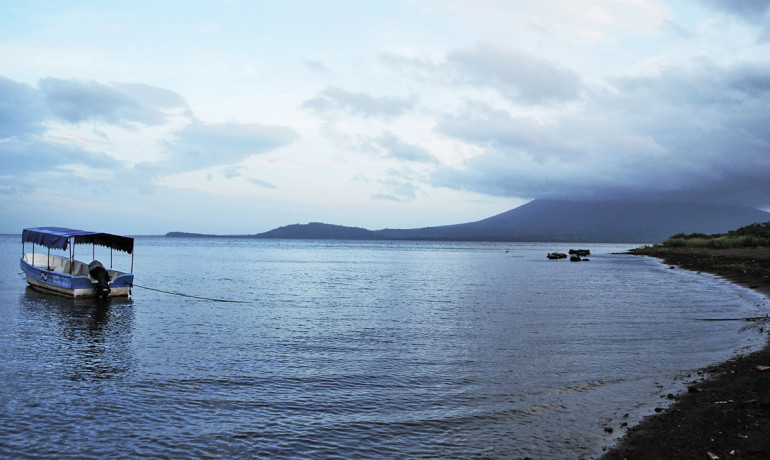 A controversial canal that would connect the Pacific and Atlantic oceans across Nicaragua has environmental scientists concerned about the impact the project will have on the region’s fragile ecosystem.

The canal, which will force the relocation of indigenous populations, will be longer, wider, and deeper than the 51-mile Panama Canal to the south.

172 MILES AND $50 BILLION
“The biggest environmental challenge is to build and operate the canal without catastrophic impacts to this sensitive ecosystem,” says Pedro Alvarez, professor and chair of environmental engineering at Rice University.

“Significant impacts to the lake could result from incidental or accidental spills from 5,100 ships passing through every year; invasive species brought by transoceanic ships, which could threaten the extinction of aquatic plants and fish, such as the cichlids that have been evolving since the lake’s formation,” Alvarez says.

“And frequent dredging, impacting aquatic life through alterations in turbidity and hypoxia, triggered by resuspension of nutrients and organic matter that exert a relatively high biochemical oxygen demand.”

The 172-mile, $50 billion canal is being built by a private company, the Hong Kong Nicaragua Canal Development Group, in collaboration with the Nicaraguan government, which granted the concession last June.

Preparation for the project has begun with the construction of roads to move heavy equipment and supplies into place, with the first ships scheduled to pass through the canal in late 2019.

Dredging required to open a channel in the lake deep and wide enough for ships will disperse enough sediment to lower its oxygen content and kill marine life, Alvarez and colleagues write in the journal Environmental Science and Technology.

They anticipate the project will impact Nicaragua’s lucrative ecotourism and the supply of fresh water for drinking, irrigation, and power generation.

PROTECT THE WATER
In a January editorial in Science, researchers write “It is incumbent upon scientists, human rights advocates, nongovernmental organizations, and wildlife protection organizations to share knowledge, voice concerns, provide guidance, and demand a greater role for science in the design and construction of this massive project.”

They call for the international scientific community to help “analyze design plans of the canal and its subprojects for safety, social responsibility and sustainability; make recommendations to protect the region’s water resources and biodiversity; and draft statements urging the Nicaraguan government to halt construction until studies can be performed and evaluated by experts.

“In this matter of great urgency and importance, this is an opportunity to exercise scientific leadership, raise awareness and contribute to averting a potential environmental disaster,” they write.

Nicaragua is among countries considered most vulnerable to climate change, the researchers write in the new paper. Changes to the watershed could lead to a shortage of water in the event of drought and catastrophic weather events.

The researchers say their concerns fall into three broad categories: water and sediments, biodiversity and ecosystem integrity, and socio-economic impact.

“Each category involves a number of complex considerations, rendering proper analysis a weighty challenge that is compounded by a lack of publicly available information” from the government and the project’s developers and consultants.

They acknowledge that Nicaragua’s hope that the canal, one of the largest engineering projects ever attempted, will create jobs and lift the nation out of extreme poverty, but are concerned the benefits will not match expectations, particularly since the Nicaraguan government “has not published a detailed business plan for the canal.

“Nicaragua should prepare and publicly vet a detailed economic assessment that includes not only a cost-benefit analysis but also considers externalities associated with national economic development, environmental impacts, social equity, human rights, and legal and national security issues,” they write.

Featured Photo: The planned Nicaragua Interoceanic Grand Canal, which will cut through Lake Cocibolca, Central America’s main freshwater reservoir and force the relocation of indigenous populations, will be longer, wider, and deeper than the 51-mile Panama Canal to the south. (Credit: Ary Chst/Flickr)