LatinaLista — In the United States, while Latinos and blacks are always lumped together under the “minority” or “people of color” labels, for all other intentions, both camps are seen as separate and distinct.

That’s not always the case. 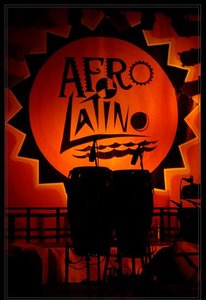 Afro-Latinos is a strong category within the U.S. Latino family of sub-groups. So, it’s very fitting that attention be focused on this segment of the Latino population as the United Nation’s declared International Year for People of African Descent winds down.

Throughout the year, symposiums, lectures, films and books dedicated to Afro Latinos have been held to heighten awareness of a population that for all practical purposes is invisible, yet in plain sight.

A 2011 analysis done on US Census data by the New York Times shows that black Hispanics have the highest rates of intermarriage. Their chosen spouses are predominantly from the black community.

The second fact most often forgotten is that the United States is not the only country with a history of the African slave trade.

In fact, Latin America has the largest population of African descended people outside of Africa.

According to a 2008 report to Congress, as of 1997, when the latest data was available, 150 million Afro Latinos resided in Latin America — they account for 50 percent of the poor in the region as well.

Afro-Latinos constitute a majority of the population in Cuba and the Dominican Republic. In Brazil, Colombia, Panama, Venezuela, Ecuador, and Nicaragua, they form a significant minority.

The plight of Afro Latinos in Latin America has long been on the radar of the United States. Former Secretary of State Condoleeza Rice went on record in 2007 as wanting to help “African descent populations in Latin America.”

Since then, there has been an “explosion” of activity within the Afro Latino communities of Latin America in political organizing and grassroots activism. It’s a phenomena that has attracted academic attention in the United States.

An upcoming forum to be held at Purdue University, dedicated to Afro Latinos in Latin America, is titled “Afro-Latin America: Rethinking Identity, Politics and Culture”

The conference’s director, Venetria K. Patton, says that the conference’s theme was precisely inspired by the growth in civic activity among Afro Latino groups in South America.

The conference presentations address various social movements within these communities as well as issues of racial identity, Patton said. One of the highlights of the symposium will be the keynote address by Dr. Kim D. Butler who will address the shifting racial terrain in Latin America.

If such an awakening is happening south of our border then it might be natural to assume the same is happening in the United States. It is! And it’s been going on for a while.

Aside from organizations, like the Afro-Latin@ Forum, dedicated to elevating the voices of U.S. Afro-Latinos, you only have to browse the media to see that more Afro-Latinos and Afro-Latinas are speaking up, getting noticed, sharing their stories and spreading the word about the Afro Latino experience.

The grio: The most influential Afro-Latino stars

Maracas: An Afro Latino fusion of food, culture and art