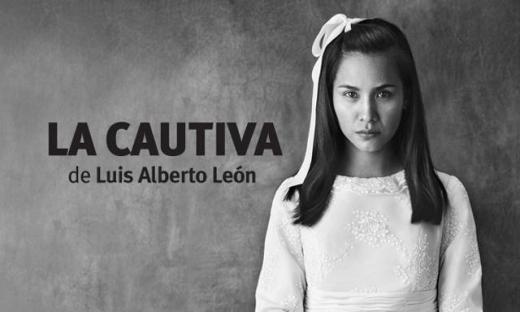 The Ministry of Culture released a statement regarding one of the most acclaimed Peruvian plays of 2014, after the anti-terrorist government organization, DIRCOTE announced investigations into the producers and actors for defending terrorism.

Entitled, “La cautiva” or “The Captive,” the play first opened in Oct. 2014 at the theater La Plaza of Larcomar. Written by Luis Alberto León and directed by Chela Ferrari, the play is set in a morgue of Ayacucho in 1984. At the morgue, the corpse of its character Maria Josefa (depicted by Nidia Bermejo) arrives after being murdered by police as she was the 14-year-old daughter of terrorists.

A DIRCOTE official attended the play and reported the work to positively paint terrorism and the armed struggle it promotes.

“[It provides] a description of systematic violation of human rights by the police and surreptitiously gives objectives of the terrorist organization the Shining Path,” detailed the official.

The author supports his work by calling for the National Police of Peru to analyze his text, while at the same time emphasizing the play is fiction and not a documentary account.

According to journalist Patricia del Rio, the DIRCOTE investigations of the play “realize the profound ignorance of how the violence was in Peru and how the culture is.”

Here is the full statement released by the head of the Ministry:

“In the investigation initiated by the Anti-Terrorism department (DIRCOTE) of the National Police of Peru and the Attorney Counter-terrorism Ministry of Interior on the play ‘The Captive’, the Ministry of Culture notes:

1. The Ministry of Culture promotes and supports artistic initiatives that encourage critical reflection on the national reality and events that shape our present.

2. The Ministry of Culture describes the play “The Captive’ as a cultural creation of a character, for through a fictional representation, inspired by an event that is part of our recent history, promotes a meeting of reflection between artists and viewers, in order to stimulate the formation of an increasingly participative and democratic citizenship.

3. The industry welcomes the committed efforts being made by the Cultural Association of Drama and Theatre Plaza with the help of the dramaturgy ‘Birthplace’ which in its first edition chose as a winner of the play ‘The Captive’, the author Luis Alberto León, a decision that was determined by renowned artists of theater and literature, Alonso Cueto, Gonzalo Rodríguez Risco and Alfredo Bushby.

4. The Ministry of Culture understands and acknowledges that any work of art can be inspired both facts and events that are realized from the creator’s imagination, and in both cases the work is part of the universe of fiction.

5. It recognizes and commends the efforts of Peruvian artists who, through an independent and self-managed work, contribute to the cultural development of the country.”