Archaeologists explore the last capital of the Mochica in Northern Peru 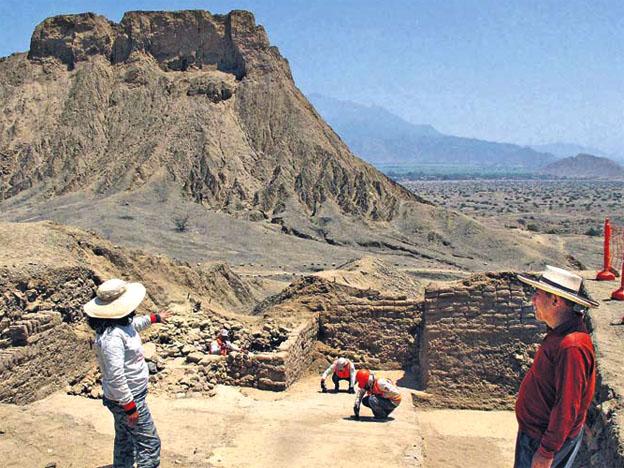 Archaeologists working at the Pampa Grande dig site about 50 kilometers outside of Chiclayo have made some fascinating discoveries.

El Comercio reports today that investigators have been able to draw some important conclusions about the late Mochica empire from new evidence discovered at Pampa Grande. The Mochica are one of the most well-investigated pre-Columbian cultures in Peru, as archaeologists have found a large number of Mochica sites and artifacts.

Objects found at the Pampa Grande site are helping researchers shed some more light on the last years of the Mochica. According to El Comercio, around the year 600 the El Niño weather phenomenon forced the Mochica authorities to move their capital from the site known as the Huaca Rajada (where the famous tomb of the Lord of Sipán was discovered) to Pampa Grande.

Now, archaeologists at Pampa Grande have discovered monumental architecture, including pyramids 45 meters in height. They’ve also found the remains of adolescent humans and camelids, which may have been placed there as an offering. Excavators have also found elaborate offerings of spondylus, a type of mollusc.

“There are a lot of offerings, but we still can’t say if they were put there for important people, or if maybe they were left there as part of a veneration of the impressive architecture, or if it’s a funerary context, which is also very important in Andean cosmovision,” head archaeologist Luis Chero told El Comercio.

The Mochica flourished in Peru from about 100-800 AD and are known for their skill in pottery.