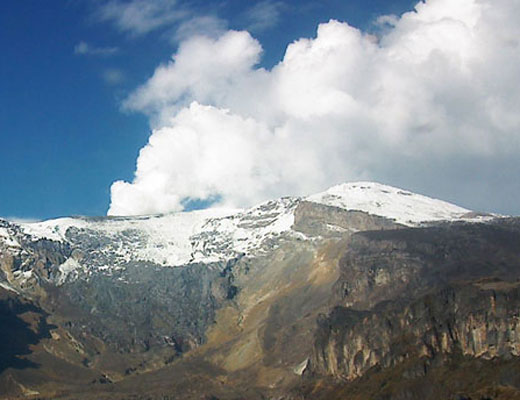 According to the Volcanological and Seismological Observatory in the city of Manizales — only miles away from the volcano, the volcano caused a minor M3.1 earthquake early Monday morning

One the day of May 6 at 2:55 local time a volcanic-tectonic earthquake with a magnitude of 3.1, associated with the fracturing of rock within the volcano, was registered at the northeast of the Arenas crater, at a depth of 3.59 kilometers (2.2 miles).
The volcano has shown heightened seismic activity for weeks; in April ash clouds came down on nearby towns.

The Nevado del Ruiz, a hulking 17,457 ft volcano straddling the border of the Caldas and Tolima departments, is the most observed volcano in the country. The volcano took the world stage in 1985 when a tragic eruption destroyed Armero, claiming an estimated 25,000 lives. 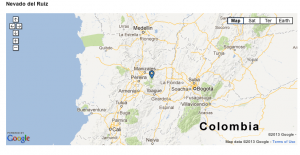