Latina Lista: News from the Latinx perspective > Columns & Features > Global Views > A business that ‘flips’ the rainforest in order to preserve it

A business that ‘flips’ the rainforest in order to preserve it 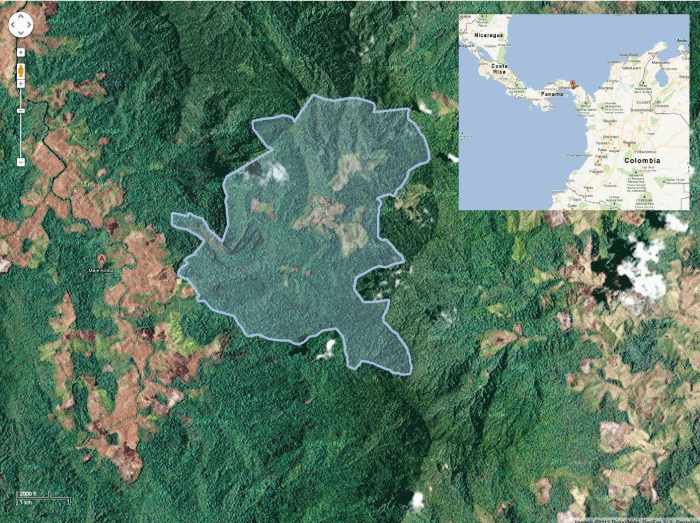 LatinaLista — In the ultimate example of real estate flipping, where investors buy neglected property to ‘flip’ — remodel and resell at a higher price — two Southern California entrepreneurs working in Panama decided to buy perhaps what is becoming the most neglected property in the Americas, and instead of flipping it or reselling it for profit, are reselling it (kinda) to conserve it.

Californians Gus Hurst and Tom Murray were operating private real estate funds in Panama when they found themselves one day flying over a lush rainforest. Looking from their helicopter at the ground below, the real estate pros thought they were seeing an exclusive golf course secluded in the heart of the jungles. They were shocked to realize that what they were actually seeing was the consequence of deforestation.

Sickened by what they saw, the two men felt compelled to act. With their real estate backgrounds, they knew there was only one way to preserve that part of the rainforest — buy it themselves and set it aside for conservation. It was a simple act that led to the creation in 2008 of the men’s new business — Cuipo.

Taking its name from the endangered 200-foot Cuipo tree found in the tropical rainforests of Central and South America, which has the reputation of being one of the few trees left uncut after deforestation because of its size, the organization has already bought over 3,000 acres in the Darien National Preserve in Chepo, Panama.

Dubbing their ‘property’ the Cuipo Rainforest Preserve, it quickly became apparent to the two businessmen that it wouldn’t be long before they would go broke buying the land themselves unless they could make their business sustainable.

Not wanting to rely on donations from the wealthy or wait for the government of Panama to pass policy protecting the rainforest, the two men decided that they would sell the rainforest property by the meter to those who wanted to “own” a part of it.

Costing $5 for 5 square meters (estimated to be the size of a king size bed), people can purchase various meter amounts in the company’s Save a Meter program. The money is donated to the company’s non-profit, One Meter at a Time, which is dedicated to preserving the rain forest and educating, training and employing the indigenous locals to work as park rangers and stewards of the preserve.

That would have been the extent of the business had not one more person come on board who believed in the mission. John Oswald, a friend of Hurst who knew something about the apparel and licensing industries — he co-founded the successful Paul Frank brand — convinced the duo to create a lifestyle brand and produce a branded product line that included things from t-shirts and watches to foods and coffee.

Part of the product line includes unique bracelets created by a Panamanian indigenous tribe known as the Kuna. Their handiwork inspired the men to invite the Kuna to draw on their ancient artistic culture and create a variety of products to sell on the Cuipo website. The money goes back to the Kuna as a source of income for them, as well as, goes towards saving a piece of the rainforest.

Though buyers know they are helping save the rainforest with each purchase they make, the objective of Cuipo is to empower people everywhere to share in ownership of the rainforest. Every Cuipo product sold comes with one square meter of rainforest and with a unique code to redeem at the company’s website. The best part is that once the meter of rainforest is redeemed on the site, a GOOGLE map can be pulled up so the buyer can see where their ‘property’ lies in the preserve.

The rainforest is one of the world’s most ancient ecosystems, yet more than half of it has been deforested since 1960. An area of rainforest equivalent to the size of one football field is destroyed every second. The rainforest provides natural resources essential for the sustainability of our planet.

For Latinos, cell phones are everything
1 Comment
Newseum exhibit to honor history, legacy and evolution of ethnic media