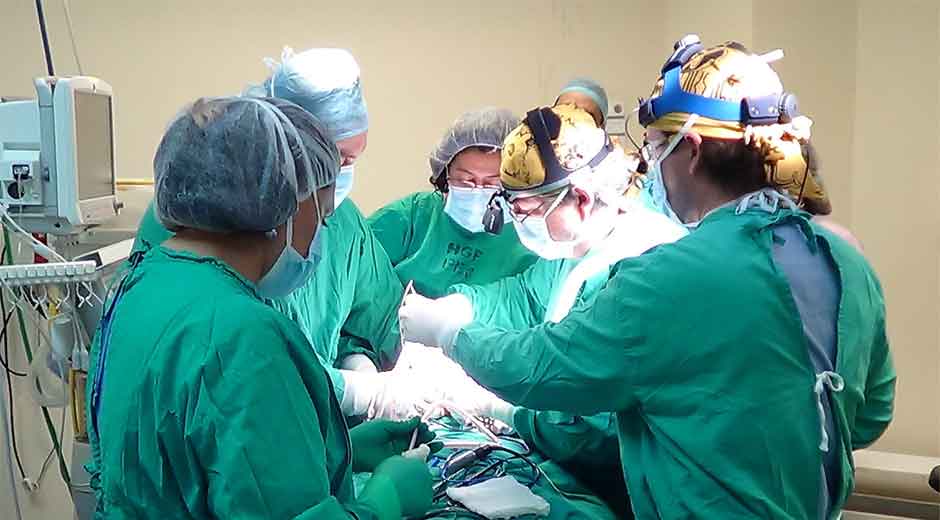 LatinaLista — Latin America has long been known as a part of the world where cosmetic surgery is so popular that teens as young as 14 go under the knife for those Barbie doll good looks. In fact, Brazil now supplants the United States as the global capital of cosmetic surgery. In 2013, Brazil recorded 1.49 million procedures, 40,000 more than the United States.

However, a group of plastic surgeons in Chile will be performing the region’s first plastic surgery that goes much deeper than improving someone’s looks. A Chilean medical team is planning to perform the first partial face transplant in Latin America. The operation will be on a 29-year-old man who suffered a disfiguring accident in 2004.

In the accident, the young man lost part of his jaw and his nasal cavity. With the operation, which can last anywhere between 14-20 hours, doctors say the young man will be able to speak and eat more normally, breathe through a nose and have an easier time opening and closing his eyes.

While everyone is eager for the operation, it may take a while before a donor who matches the blood type and skin color of the patient is found. Yet, the doctors pledge to be very thorough in looking for a donor so the young man doesn’t have too long a wait for a surgery that won’t just improve his looks but make him whole again.

Chile, facial transplant, medical
Previous Post Initiative eases transition back to Mexico for those deported through Nogales
Next PostReport: For Women and Girls, the Common Core Is a Step Toward Greater Equity

Initiative eases transition back to Mexico for those deported through Nogales
Comment
Report: For Women and Girls, the Common Core Is a Step Toward Greater Equity