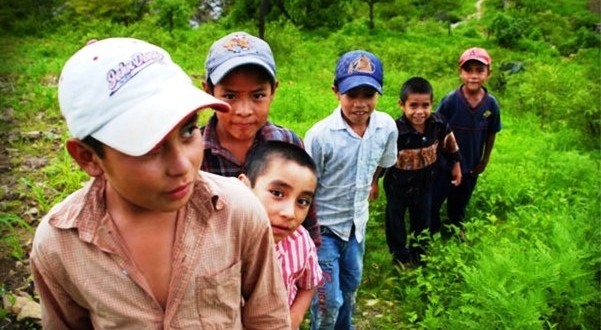 One of the many things that has bothered me about the crisis of unaccompanied minors on the border is that I totally missed the story as the number of young people from Central America exploded over the last two-plus years. President Obama was warned over a year ago and frankly others have been warning about the number of children and Central Americans for quite some time yet the story wasn’t on my radar.

One of the reasons is that I don’t focus on immigration and the border very often. When I do write about immigration, I tend to focus on Temporary Protected Status for Guatemalans, support for comprehensive immigration reform, and the record number of undocumented immigrants that the US have been deported under President Obama.

Second, while the Northern Triangle remains a very violent region, homicides rates have decreased in each country the last two years, four in Guatemala. It is possible that Guatemala finishes 2014 with a rate of 30 per 100,000 which would put its rate on a level with every one’s success story – Colombia.

But there’s a lack of trust in homicide rates and an understanding that violence is much more than homicides. So I decided to look through LAPOP’s survey results from Guatemala, Honduras, and El Salvador. These are from 2012 surveys so we don’t have 2013 or 2014 here.

Salvadorans have high levels of insecurity but perceptions of insecurity improved from 2010 to 2012. El Salvador has intermediate levels of crime victimization for the entire region. Seventeen percent of Salvadorans surveyed were direct victims of crime, while 28.5% of households reported some person who was victimized within the past year – about the regional average. Self-reported levels of personal victimization also improved between 2010 and 2012.

Self-reported crime victimization also decreased in Guatemala over the same two-year period – 23% to 21% for personal victimization – although the change is not statistically significant. Even optimism about the economy improved from 41.6 to 45.3!

What can explain the reduction in the perception of insecurity in spite of the increase of crime in the country? A possible reason is reflected in the changes in principal problems of the country identified by Hondurans. In Figure 66 we can see that between 2008 and 2010 the economic crisis dominated the perceptions of Hondurans as the most serious problem facing the country. The political crisis of 2009 and the political and institutional problems that were the root of the crisis are what received most mentions in 2012. Therefore, despite the elevated levels of crime, political and economic problems are those that were emphasized with most frequency by Hondurans. We think that this distribution of problems can explain why levels of perception of insecurity has decreased and is below countries with lower levels of violence.

However, unlike Guatemala and El Salvador, crime victimization worsened in Honduras between 2010 and 2012 from 14% to 18.9%. It is interesting to note that self-reported crime victimization is still below its height in 2006 when it reached 19.2% (probably no statistical difference but…).

Crime and the economy are motivating people from Central America to leave the region and, in most cases, go to the US. However, the link is not straightforward. And at the same time that murder rates and self-reported victims of crime improved except for Honduras.

It gets even more interesting when you factor in that fewer people stated an intention to leave their country and migrate between 2010 and 2012. If intentions were decreasing into 2012, why did larger numbers of unaccompanied minors and families increase so dramatically later that year and the next one and into 2014? That seems to be where US policy comes into play.