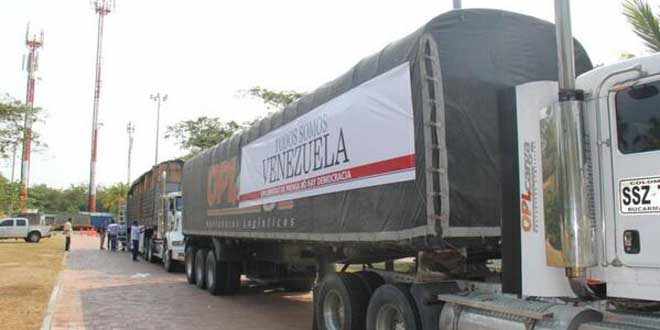 Colombia’s Press Association is lending 52 tons of paper to three national Venezuelan newspapers on the verge of shutting down due to insufficient supplies to non state-owned dailies. Nora Sanin, executive director of Colombian Association of Newspaper Editors and Media (Andidiarios), said ”It is not enough to express solidarity with [the newspapers] and reject measures limiting freedom of the press and the right to information of Venezuelan citizens. We have to act”, reported Colombia’s largest daily, El Tiempo, on Tuesday.

Andiarios subsequently decided to lend paper to three national Venezuelan dailies at risk of folding: El Nacional, El Impulso and El Nuevo País. The three dailies have been openly critical of the government since the Chavez administration.

The shipment of paper arrived in the port of Cartagena on Friday, and reached Venezuela on Tuesday. Both Venezuelan and Colombian media have expressed the hope that once across the border, the paper will reach its intended destination without incident.

“There are no words in the dictionary sufficient to thank our Colombian brothers [at Andiarios]… when they saw that some Venezuelan newspapers were at risk of shutting down, they at once extended their helping hand” expressed Carlos Eduardo Carmona, president of El Impulso.

“Every day the fate of the press in Venezuela is more uncertain. The government is not responding to requests for imports of paper. It’s as if you were talking to a wall,” said Carmona.

Carmona will meet with the state-created Maneiro Corporation on Thursday, which supplies paper to state presses, to see if the corporation will sell paper to El Impulso. The Corporation only accepts dollars.

Carmona will also be the Rapporteur on the situation of press freedom at the Inter-American Press Association meeting in Barbados next weekend, from April 4-7.

According to NGO Public Spaces, 13 newspapers in Venezuela have already folded, and 17 more have been forced to downsize, with El National cutting its publication from 32 pages to 8 pages.

Political violence that has risen along with anti-government protests in Venezuela over the past few months have increased tensions between privately-owned media corporations and the administration of leftist President Nicolas Maduro.

The Venezuelan government has accused some media of inciting unrest while the media accuses Maduro of limiting freedom of expression.

Colombia, freedom of speech, newspaper industry, Venezuela
Previous Post Ventura-based nonprofit expands educational outreach in Nicaragua
Next PostGuest Voz: Fasts Across the Country for Immigration Reform: Will You Join Us?

Ventura-based nonprofit expands educational outreach in Nicaragua
Comment
Guest Voz: Fasts Across the Country for Immigration Reform: Will You Join Us?