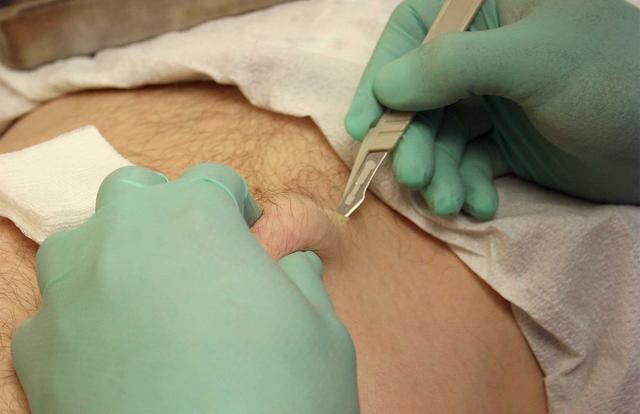 SAN JOSÉ, Costa Rica – What started with an email turned into the dismantling of an international organ-trafficking ring.

American surgeon Francis L. Delmonico, the chairman of the World Transplant Society, emailed Jorge Cortés, the director of Hospital Clínica Bíblica – one of the three private centers authorized to perform transplants in San José – in November 2012 that an Israeli had undergone an illegal kidney transplant in Costa Rica. Delmonico became suspicious when the Israeli who received the transplant became sick.

Seven months later on June 18, Francisco Mora, the head of the Nephrology Unit at Hospital Calderón Guardia at the time and who performed the transplant, as well as an unidentified 32- year-old woman who allegedly was in charge of finding donors, were arrested.

The two are charged with human trafficking for the purpose of organ removal, which carries a punishment of six to 10 years in prison, according to Costa Rica Attorney General Jorge Chavarría.

“What the woman did was convince donors to turn over their organs, telling them the procedure did not have an effect on people’s health,” he said. “So far, we have identified three [Costa Rican] victims.”

The victims were referred to the Immigration and Management of Human Trafficking and Illegal Migrant Smuggling Directorate, which provides them with psychological, medical and legal assistance, Chavarría said.

“People were deceived into giving up their organs in exchange for money and were later abandoned,” said Director of Immigration and Management of Human Trafficking and Illegal Migrant Smuggling Kathya Rodríguez. “The victims receive special protection from the government and access to support services. If they are foreigners, they are given provisional documents.”

American surgeon Francis L. Delmonico, the chairman of the World Transplant Society, alerted Jorge Cortés, director of Hospital Clínica Bíblica in San José (above), about an organ-trafficking ring in Costa Rica. (Courtesy of Clínica Bíblica)
Seven cases of illegal organ harvesting have been identified in the country since 2008, according to the Office on Human Trafficking under the Migration Directorate (DGME).

The Israelis paid $10 million colones (US$19,833) for the transplants, according to Chavarría.

“Some were performed in the country, while others were in Israel where Costa Rican patients pretended to be tourists,” he said.

The donors, who were Costa Rican, received between US$6,000 and US$10,000 for their organs, according to prosecutors.

“The network had been operating for about two years,” Chavarría said. “Through Interpol, we expect to take the investigation to Eastern Europe and reach as far as the network operated.”

Costa Rica is one of the world’s leading countries in medical tourism, along with Thailand, India and Canada, according to the Council for the International Promotion of Medicine in Costa Rica (PROMED).

“For the sake of the profession, the respect that Costa Rica has earned in the field of medical tourism, … we must protect Costa Rica’s good reputation by providing world-class medical tourism,” said Kenneth Rojas, assistant medical director at Hospital Clínica Bíblica.

Forty-two percent of patients who travel to Costa Rica for medical tourism come for dental treatment, while less than 1% of them undergo transplants in the country, according to PROMED.

In 2012, about 48,000 medical tourists entered the country, spending US$338 million, according to the Costa Rican Institute of Tourism (ICT).

“We have set a precedent that has led to opening many other investigations of this nature in other countries around the world,” Costa Rican President Laura Chinchilla said. “We are not willing to let organized crime go unpunished.”

After Mora’s arrest, the Standing Committee on Social Affairs of the Legislative Assembly introduced a bill that, if approved, would increase controls on the transplanting and donating of organs.

“This issue deeply touched representatives,” President of the Committee on Social Affairs Elizabeth Venegas said. “The bill needs to be passed urgently. It is especially tough because a physician is involved, someone people trusted.”

The bill prohibits any type of reward or remuneration for the donation of human organs and tissues, as well as any advertising of the availability or need of an organ.

“Ethics committees and institutions that regulate transplants have the responsibility of confirming that there is a relationship, friendship or whatever the case may be, between [the donor and the patient],” Rep. Luis Fishman said.

The Costa Rican Social Security Office (CCSS), a government organization engaged in implementing health policies nationwide, announced on July 9 a plan would be implemented to detect cases of human and organ trafficking.

“We are going to work with community, psychology, nursing and medical professionals, among others, to give them [the training] necessary to identify this type of crime,” said Heilen Díaz, who heads the CSS Equity and Gender Program.

During the training, which is provided to health professionals in San José, personnel learn to identify signals that may indicate a person is being used for organ trafficking.

A total of 146 kidney transplants, eight liver transplants and 240 cornea transplants were performed legally in Costa Rica in 2012. But a long list of patients waiting for organs remains, making it important to promote legal donations, according to the Ministry of Health.

This article originally appeared on InfosurHoy.com