Costa Ricans get help with urban cycling from Dutch Embassy 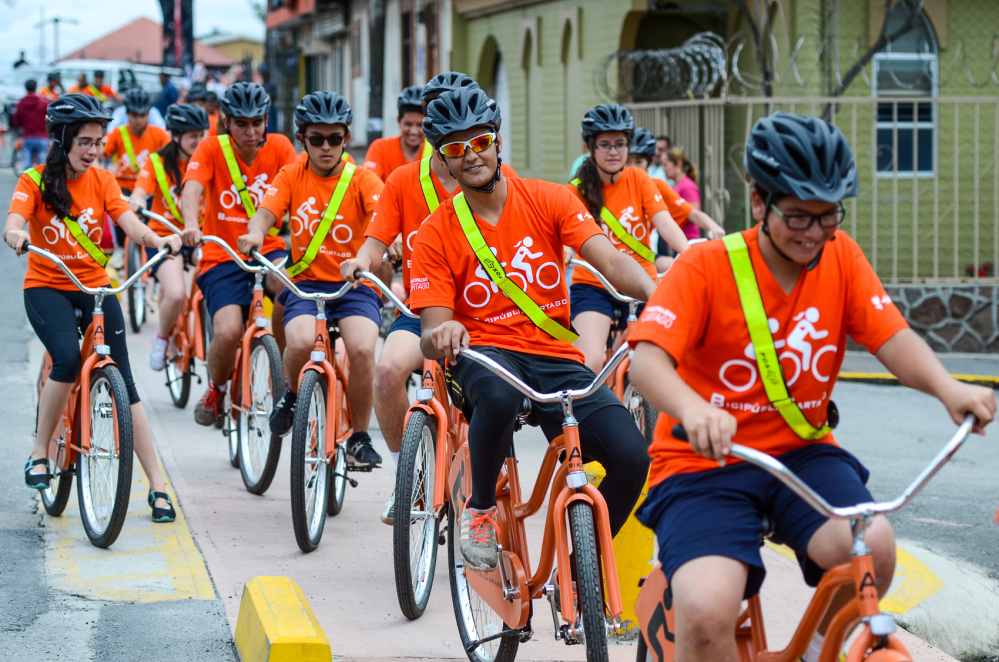 When the city of Cartago constructed a system of bike paths through the downtown area, the municipality became a beacon of hope for urban cyclists. A gift from the Automóvil Club of Costa Rica, the “ciclovías” that cut through the busy Cartago streets seemed to mark a new era in eco-friendly transport.

There was only one problem: Not everybody in Cartago has a bicycle.

Thanks to “BicipúbliCartago,” a joint project between the Municipality of Cartago and the Dutch Embassy, the city has now received 100 new bicycles available for public use. While the “ride share” concept is extremely popular in Europe and increasingly common in the United States, BicipúbliCartago is the first such pilot program in Costa Rica.

The project was inaugurated on Wednesday morning, with speeches by various officials and performances by jugglers, mimes, and unicyclists. The event culminated in a group ride through the city.

In order to borrow a bicycle, a patron must be at least 15 years old, possess valid identification, and demonstrably know how to ride a bike.

Crowdfunder: Whistl: A smartphone case that protects YOU
Comment
Guest Voz: Latest report on Latino dropouts is one to celebrate while understanding más work needs to be done