Dying deportee refused by immigration officials to reunite one last time with family in U.S. 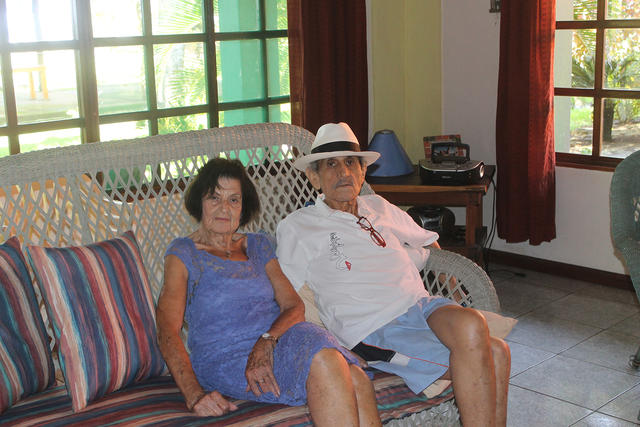 LatinaLista — The battle for immigration reform has evolved to mean much more than just overhauling an antiquated admissions system into the country. Another issue that is now getting equal billing with the demand for putting undocumented immigrants on a path to citizenship is reuniting families separated by deportations.

The frustration felt by many advocating on behalf of families who have lost loved ones to deportations was never more clear than during President Obama’s appearance in San Francisco in November. A young immigrant rights activist continued to interrupt the President’s speech on immigration reform.

The young man shouted to the President, “Please use your executive order! You have the power to stop deportations!”

The President replied that he didn’t. Yet, occupying the Oval Office does afford him discretionary pardoning power and bestowing clemency on those he thinks deserves a break.

Unfortunately, his track record is poor compared to other presidents who have been a little more generous in forgiving.

And that’s a shame, especially for a 66-year-old man dying of cancer and forbidden to enter the United States to reunite with his children one last time.

Alberto Caballero was diagnosed with terminally ill cancer in 2012 by his doctors in Costa Rica. Though the country has become a popular vacation spot for Americans, it’s been Caballero’s prison since he was deported from the United States in 1998, leaving behind his three children.

Now, Caballero’s one wish is to return to the United States and reunite with his children and hug his grandchildren before he dies. Unfortunately, unless he’s granted humanitarian parole by the U.S. Citizenship and Immigration Services (USCIS) that wish won’t materialize.

Caballero entered the United States as a 16-year-old eager for the proverbial American Dream. It was an ambition that drove him to start his own business, get married, raise a family and plant roots. Too bad that along the way, in 1987, Caballero was convicted of drug trafficking. Yet, he wasn’t deported right away.

He was actually issued a deportation waiver by the Immigration and Naturalization Service (INS). It allowed Caballero to stay in the United States, but in 1998, U.S. immigration authorities applied a retroactive law and started deportation proceedings against him. The family spent their last Christmas together in 1997.

These days, he lives with his wife, Xinia, a naturalized American, who cares for him in their home in a suburb of San José.

There’s no excuse for what Caballero did but exiled from his family for 15 years should be punishment enough for a man who knows his last days are near.

Caballero isn’t asking anything more than to make the trip to see his daughters and grandchildren and then return to Costa Rica and prepare for his final days. If Immigration authorities are worried he would overstay his visit, there are ways to monitor him to ensure that he complies.

Yet, to keep a dying man away from his family to show how strong the rule of law is in the United States sends an adverse message from a nation who demands mercy be shown by dictators and authoritarian regimes, but can’t muster it up in our own democracy.

(Featured Photo: Alberto Caballero, 66, needs a U.S. visa to see his daughters in California before he dies of cancer. Courtesy of Patricia Caballero-Williams.)