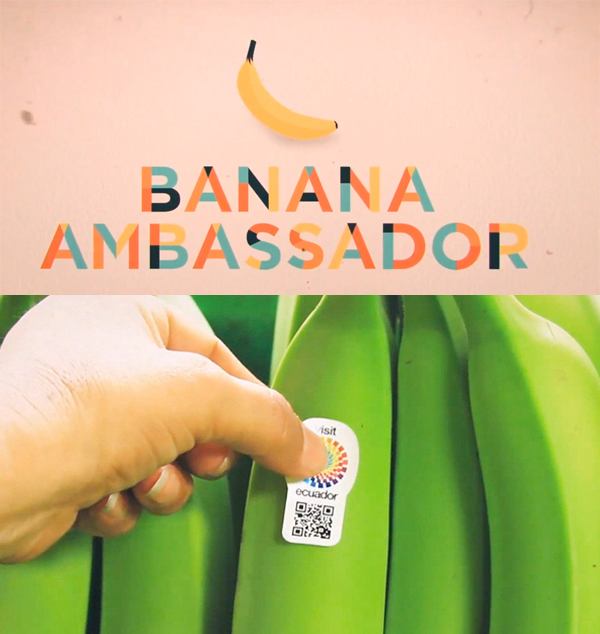 LatinaLista — Ecuador is a tiny country. Tucked in between Colombia and Peru along the Pacific Ocean, it’s best known for being the steward of the Galapagos Islands. But to the frustration of the country’s tourism department, Ecuador’s mainland is rarely on the list of must-see vacation destinations.

With a budget as small as its country — Ecuador is slightly smaller than the state of Nevada — the Ecuadorian tourism department hopes to change the global perception of their country with technology and a new ‘tourism’ ambassador — bananas!

Ecuador is the worldwide export leader of bananas, shipping 24 million tons of the yellow fruit each year to countries around the world. What if there was a way to get tourism information into the hands of each person who literally peeled a banana from Ecuador?

The Ecuadorian tourism department teamed up with a US-based advertising agency and came up with a novel idea — place a QR code on the sticker that is placed on every single banana export. Before peeling their banana, people can use their smartphones to scan the QR code and be transported on the spot to a promotional video for the country — highlighting all the sights and things to do in Ecuador, followed by being linked to the Ministry of Tourism website.

While the idea of the Banana Ambassador program may elicit giggles, it’s a concept that exemplifies how technology can make an impact — and make up for small budgets.