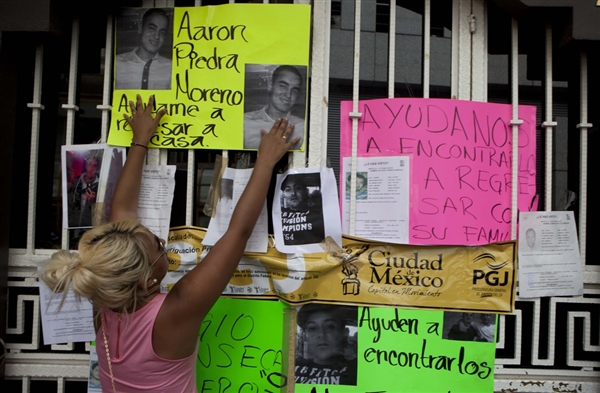 A new report from a Mexico City analysis firm details the rivalries among local trafficking groups, thereby revealing some of the deeper causes of some spectacular recent acts of violence in the city.

The document from Lantia Consultores, a security analysis firm based out of the nation’s capital, explains the dynamic in Mexico City largely as a product of who controls Tepito, a sprawling neighborhood famous for retail drug sales.

For most of the past twenty years, the leading gang in the area has been the aptly named Tepito Cartel, primarily under the control of Jorge Ortiz Reyes, who forged ties to the Beltran Leyva Organization (BLO) and its chief enforcer, Edgar Valdes Villarreal.

More recently, a group known as La Union, composed of former BLO and Familia Michoacana gangsters, has emerged as the dominant gang, edging out their rivals from the Tepito Cartel as well as groups linked to the Zetas and the Sinaloa Cartel. In total, at least 15 different organized crime groups operate in the area.

The rise of La Union has been accompanied by acts of spectacular violence, which has sparked concern that Mexico City might be losing its traditional role as a neutral site in the nation’s organized crime conflicts.

For instance, La Union is suspected of perpetrating the kidnapping of 12 people from a bar in Mexico City’s Zona Rosa, which included relatives of the Tepito Cartel leaders. La Union is also believed to be behind the October execution of six local drug dealers working for the Sinaloa Cartel.

Other groups around the city have followed suit. For instance, last week, the body of a taxi driver (who frequently serve as lookouts for criminal groups) was found in Tlalpan, with a threatening message from the Guerreros Unidos attached to the victim.

Mexico City authorities have long sought to downplay the level of violence in their city, and with good reason: compared to the more chaotic metropolises of the northern border, or even to some of the more violent American urban areas, Mexico City is a peaceful place.

Through May 2013, the city registered 336 homicides, which gives it an annualized murder rate of roughly 10 per 100,000 citizens. The national average is more than double that, while the most violent cities in Mexico typically register murder rates above 100.

However, local officials often issue blanket denials of organized crime activity in the city, which is not borne out by the facts, notwithstanding the relative absence of bloodshed. They may operate at a lower level, but gangs like La Union certainly qualify as organized crime groups.

And even if the most notorious criminals in the country do not have a robust operational presence, the locals have imitated their tactics. In other words, it matters little whether a decapitated head left on a street corner was the work of a direct underling of Joaquin “El Chapo” Guzman or of some exile of a rival organization.

Mexico City’s recent surge of violence also demonstrates the degree to which gang disintegration can drive violence. The Tepito Cartel lost its status largely to the declining power of its sponsors, the BLO, which invited the entry of competing groups.

Many of the new arrivals are led by veterans of dismantled gangs. As InSight Crime noted last year, the founder of Guerreros Unidos has bounced from one group to the next, from the BLO to the Independent Cartel Of Acapulco to the Barredora, another Acapulco gang.

The leader of La Mano con Ojos, or the Hand with Eyes, a gang that terrorized the Mexico City suburbs in Mexico state in 2011, had a similar career path. According to state authorities, Oscar Osvaldo Garcia Montoya began working as a hitman for the Beltran Leyvas, and split off with a series of BLO underbosses, among them Valdes Villarreal, Sergio Villarreal, Gerardo Alvarez Vazquez, and Jose Jorge Balderas. Following the arrest or death of all of his former bosses, Garcia Montoya formed his own group and made a name for himself by leaving decapitated bodies around the region.

Mexico City is unlikely to emulate the more violent cities of northern Mexico, but as long as the reigning gangs disappear with such frequency, there will be continuous challenges to the city’s security.

This column was originally published on InSight Crime.