Latina Lista: News from the Latinx perspective > Columns & Features > Global Views > Faith Fuels Much of the Heavy Lifting in Honduras

Faith Fuels Much of the Heavy Lifting in Honduras 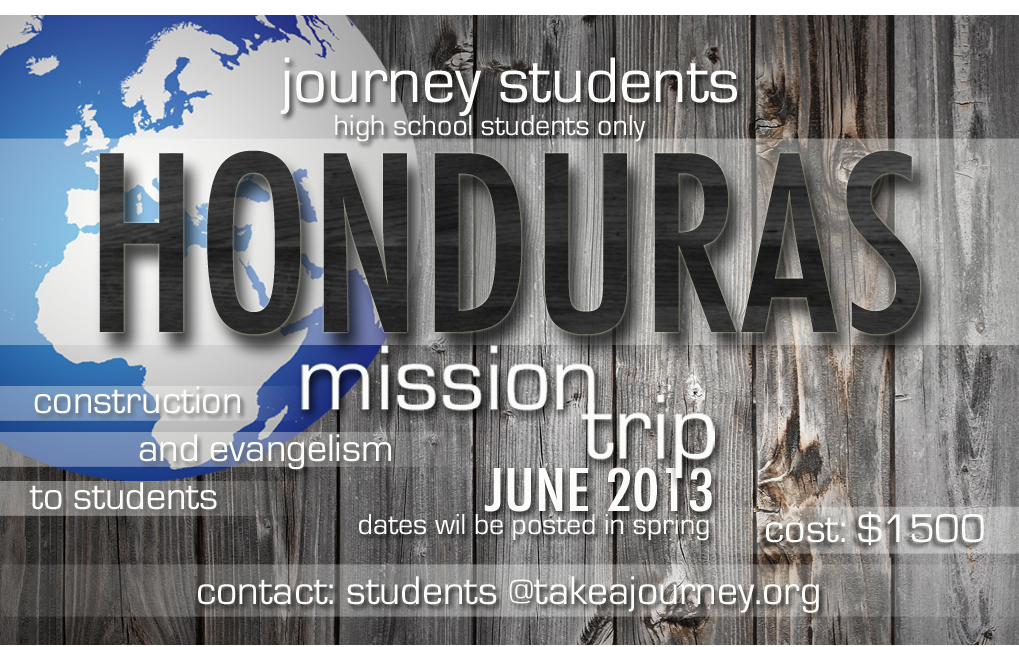 I’d certainly argue that you don’t have to believe in God to help others. It seems a natural thing to to do for any thinking, feeling creature. But it’s striking that the people who actually show up to help in Honduras are driven by their faiths.

A posse from a Louisianan church was in Copán Ruinas last month to help an orphanage/care home. They built beds for the kids, with cupboards for personal stuff. They worked hard, dealt with the inevitable problems and left the home much better off. The kids were big fans of the guys. The new units replaced wrecked beds with stinking mattresses, where kids often slept two to a single bed and gave them a place to store their few possessions. It simply would not have happened if the guys from Louisiana had stayed home.

There is personal satisfaction, I’m sure. A chance to see a new country. But really, the group were here because they believe helping others is a tenet of their faith. It’s what Jesus wants them to do. There are many other groups.

Last year, I rode up into the hills with a church group from Tyler, Texas. They were working on a water project. The core group had been doing annual missions for at least 12 years. Projects in their community and another country were built into their church plan each year.

When I was in Tomala, I bumped into a mission group doing eye care. They had collected thousands of eyeglasses back in the US, and volunteers had tested each pair, and labelled them with the prescription. The group tested people in poor communities and gave them the correct glasses so they could actually see to perform basic chores.

Missions are a big deal in Honduras. There are some 2,000 a year, according to an article in Honduras Weekly. Most days in the San Pedro Sula airport you can spot people — Americans — matching t-shirts, often with religious slogans.

Honduras got about 286,000 US visitors last year; 34,000 were on missions or aid work. They aren’t all alike. Some groups are more interested in proselytizing than the day-to-day problems of Honduras. Some are poorly planed, and it probably would have been better if the people had just collected the money they spent on travel and donated it to an organization down here. (Although there is merit in simply giving North Americans a chance to see life in a poor country firsthand; no amount of reading offers equivalent understanding.)

And there is a lot of debate about the projects, and whether some actually have a negative impact. Will struggling communities learn that it’s easier to wait for a bunch of gringos to come down and fix the collapsed school roof, rather than come up with a solution?

Will there actually be a teacher for the school? Will the new water system break down within a year because there’s no money, or knowledge for maintenance? (About 50 percent of water projects in Honduras fail within five years, a consultant said at last year’s Conference on Honduras.)

Those are all arguments for well-planned mission trips, not against the concept. (Or excuses for inaction.) And a certain percentage of failures — for missions, NGOs or anyone else — is just part of the process in a country like Honduras.

There are lots of people traveling to Honduras to contribute who aren’t religious. But they are wildly outnumbered by the faith-based groups who come down to work, or send cash or contributions. That’s true in Canada, too, according to most research. People who go to church give more to charity — secular charities, not just their churches — and are far more likely to volunteer.

I’m not prepared to draw any sweeping conclusions. And I still believe religious faith is no prerequisite for acting to help others. But it is sure striking that the people doing most of the heavy lifting in Honduras are brought here by faith.

Note: The author is a former journalist from Canada. He currently lives in the town of Copán Ruinas, Honduras, and volunteers with Cuso International, a Canadian development agency that matches skilled professionals to organizations in developing countries. He writes a blog called Paying Attention.