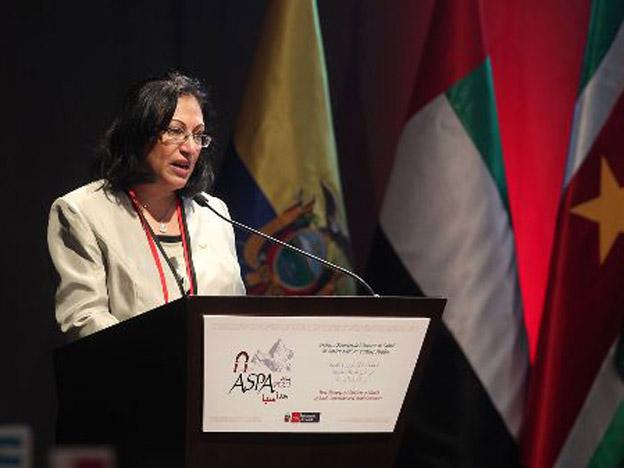 By Via Andina
Peru This Week

The First International Forum of Women Leaders from South America and Arab countries is set to run from April 7-8, 2014 under the theme “Women leaders transforming the world.”

The two-day event is organized by the Arab League General Secretariat and Peru’s Ministries of Foreign Affairs and Women Affairs.

The forum will tackle issues of promoting women’s roles in their societies, especially in the political and economic realms. It will also encourage women to persevere in growing their small and medium enterprises, according to Kuwait News Agency

More than 400 leading women and female experts in the fields of politics, economy, and education are expected to attend this international event.

The event also aims at enhancing cooperation between Arab and South American countries.

The South America-Arab Countries Summit (ASPA) is a forum for policy coordination among nation from these two regions, as well as a mechanism for cooperation in the fields of economy, culture, education, science, and technology.