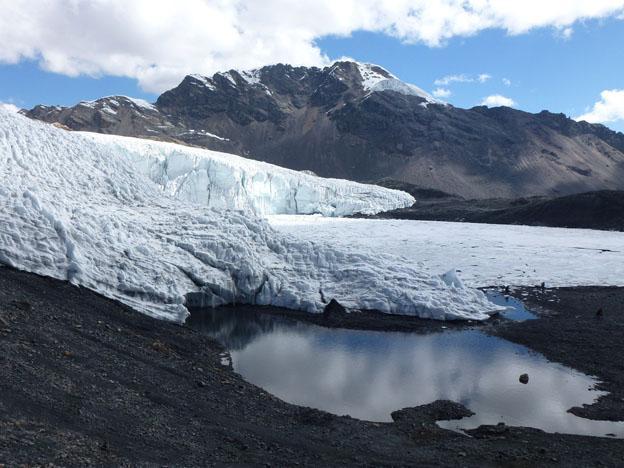 Peru is lauded for its diverse landscape, but the country’s snowy peaks are at risk of disappearing. According to a recent study performed by the National Water Authority (ANA) “19 mountain range glaciers in Peru have lost more than 40% of their surface in the last 40 years” (El Comercio).

The smaller glaciers within the Cordillera Blanca range, in the northern Ancash region, are reportedly the most affected.

As the nation’s Ministry of Agriculture and Irrigation (MINAGRI) reports, Peru has a total of 2,679 glaciers. While the Cordillera Blanca are quite extensive (755 glaciers), notable as well are the Vilcanota (374) and Vilcabamba (355) in the central Andes.

As Peru’s capital city, Lima, prepares to host the upcoming global climate control event, COP20, in December, such information will be crucial for decision making.

“One of our roles is to promote institutional measures to adapt to climate change in order to take advantage of the opportunities or [if possible] to reduce vulnerability to this phenomenon,” commented Fernando Chiock, a specialist at ANA’s Department of Conservation and Water Resources Planning.

U.S. Defense Secretary, Chuck Hagel, visited Lima on Monday and noted that effects of climate change, such as glacier loss, droughts and crop shortages could “trigger waves of mass migration”.

Previous Post A Voice for Migrant Students
Next PostCrowdfunder: Darma: Sit smart for a healthy body and mind

A Voice for Migrant Students
Comment
Crowdfunder: Darma: Sit smart for a healthy body and mind