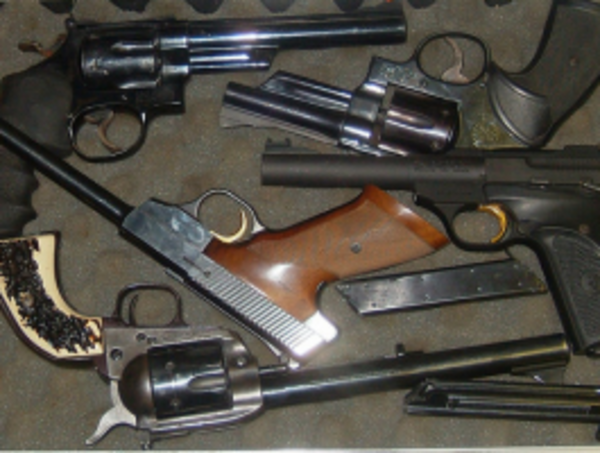 A new study has found Guatemala‘s firearm homicide rate is almost twice the global average, with the violence fuelled by the large number of illegal arms circulating in the country.

A new report published by the National Economic Research Center (CIEN) found the rate of homicides linked to firearms in Guatemala over the last decade was 82 percent. This is almost double the global average of 42 percent, and above even Central America’s relatively high average of 70 percent.

According to the report, Guatemala’s gun control agency registered a total of 465,146 legal firearms as of mid-October. Of those, about 65 percent are registered to individuals, for a national average of about 4 registered guns per 100 people.

However, officials estimate the actual number of firearms in the country is far higher due to large quantities of illegal weapons. In the last five years, the national police have seized an average of about 4,900 firearms annually, of which almost 86 percent were illegal.

Illegal firearms are responsible for 245,000 annual homicides around the world, according to Interpol estimates.

The study highlights not only Guatemala’s sky-high gun crime rates but also one of the main obstacles to reining it in — illegal arms. The relationship between gun control laws and homicide rates is far from straightforward, however, what is clear from examining countries in a similar situation, such as Venezuela, is that laws will make little difference if the widespread availability of illegal arms is not curtailed.

There are an estimated 800,000 unregistered guns in Guatemala. Many are leftovers from military stockpiles that fell into the hands of criminal gangs after the end of the civil war, while others are smuggled into the country, often from Honduras, where gun laws are even more lax.

The government has taken steps to tackle the issue, introducing measures to combat use of illegal arms, and collaborating with the bureau of Alcohol, Tobacco and Firearms (ATF) in the United States — another significant source for weapons trafficked into the Central American nation.

However, these efforts fall far short of what is required to bring Guatemala into line with other countries when it comes to firearms deaths.

This story originally appeared on the website InSight Crime: Organized Crime in the Americas.