Latina Lista: News from the Latinx perspective > Columns & Features > Global Views > Guatemala launches “Yo soy Atitlán” to save one of the world’s most iconic lakes 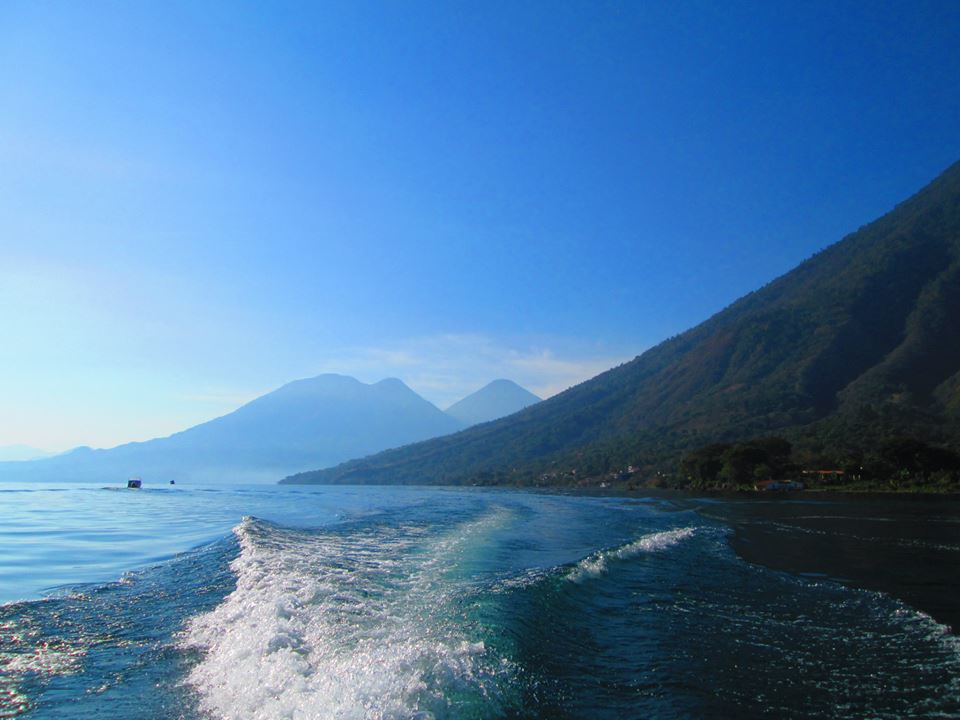 With the objective of saving one of Central America´s most popular tourist attractions, Yo soy Atitlán was launched in Guatemala last week, hoping to reverse the effects of contamination on what is described by many as one of the most beautiful lakes in the world.

Over the past few years, Lake Aitlán has become a victim of agrochemicals, raw sewage, litter and shore development, which have turned its fresh blue water a murky shade of brown.

Yo soy Atitlán is a joint Italian/Guatemalan initiative, which aims to raise the profile of Lake Atitlán´s problems and work with the government, environmental organizations, specialists and the surrounding communities to combat the contamination that threatens to destroy it.

Italian experts were keen to get involved in the campaign and share their knowledge of how Italy overcame its own problem of contaminated lakes.

Speaking in Guatemala, Giorgio Passionelli, mayor of the Italian municipality that incorporates Lake Garda, explained that in 1968 the first residual water treatment plant was built to conserve Lake Garda and that this method could be used to conserve Lake Atitlán too.

According to a study carried out by Del Valle University in Guatemala, over the past 45 years the contamination of Lake Atitlán has contributed to a reduction in the transparency of the water, from 11 meters to 5.5 meters, and a decrease in the concentration of oxygen in the water, from 7mg/liter to 0.3.

“Every year one million cubic meters of untreated raw sewage enters the lake; 109,500 metric tons of litter (solid waste: three pounds per person, per day) and 110,000 metric tons of soil is lost due to erosion,” says Dr. Margaret Dix, a Biology professor at Del Valle University.

“To improve the ecological conditions of the lake, territorial planning is needed with an integrated management of solid and liquid waste to prevent the entry of raw sewage and reduce the accumulation of phosphorous and nitrogen.”

During the Yo Soy Atitlán forum, Dr. Dix highlighted that contamination of the lake had led to a reduction in tourism, less jobs, fewer fish, less food, higher poverty and an increase in illnesses for the surrounding communities, for whom the lake represents their first source of water.

“The solution is to export raw sewage to another basin where it can be treated to eliminate pathogens and the water can be used in agriculture. Many experts consider this to be the best option,” says Dr. Dix.

Various activities have been organized as part of the two-week long campaign launch, such as an Italian rock concert in Guatemala City, which was opened by a Mayan cultural group, a forum to discuss possible solutions to eliminate the contamination and a project called Lancha Azul, which will promote a dialogue among the surrounding communities of the lake and teach them about solid waste management.

Yo soy Atitlán hopes to encourage as many people as possible from the government, NGOs, environmental experts, communities around the lake and academic institutions to get involved and debate the challenges and goals for Lake Atitlán over the coming years.

Guest Voz: My claim to a hyphenated identity
Comment
Latino Author Writes Book On ‘What History Failed To Tell Us’