Guest Voz: A Slightly Honduran Perspective on the Immigration Crisis 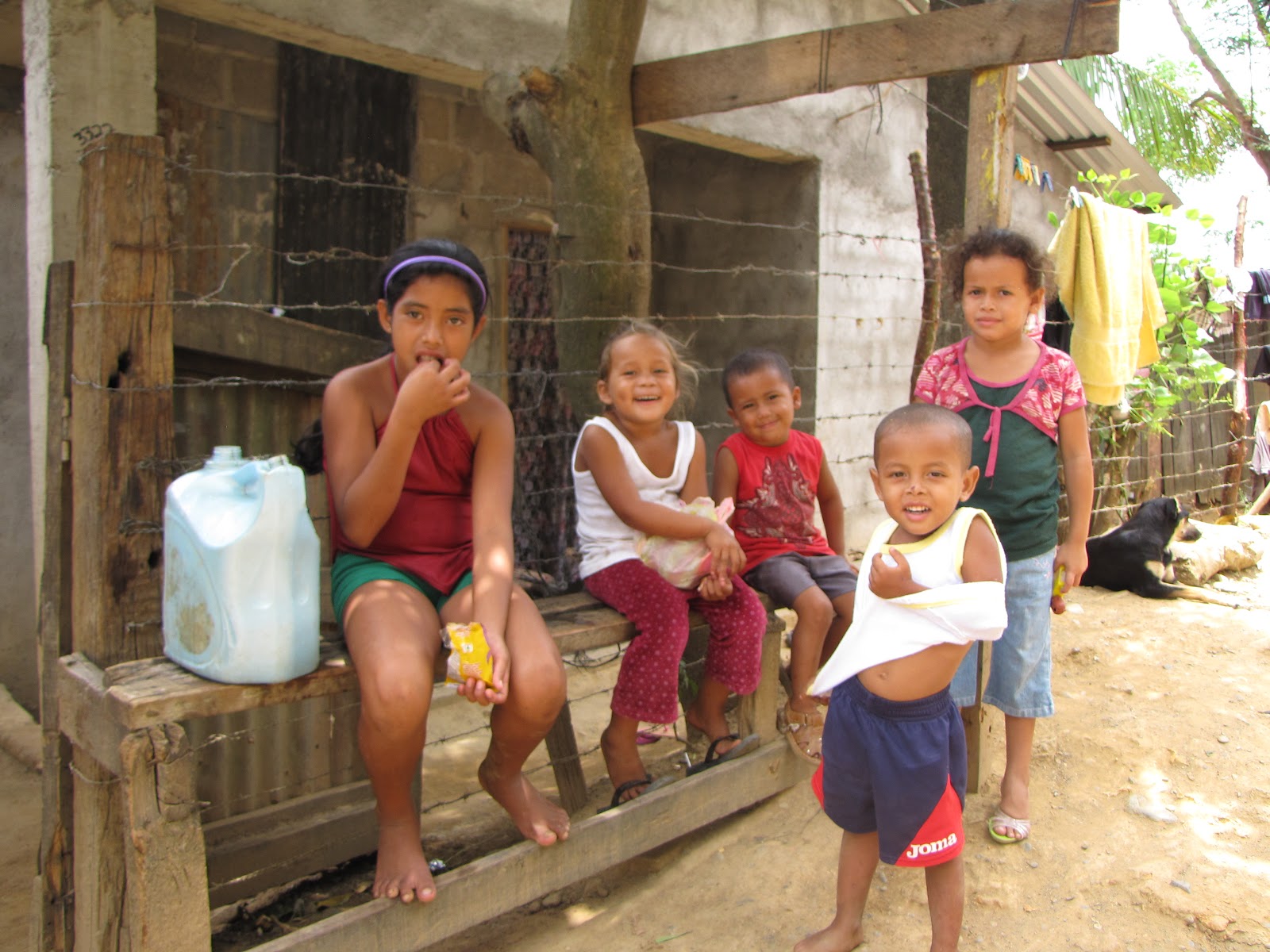 I don’t consider myself to be an expert on Honduras or even La Ceiba; it’s a country of 8 million different lives jostling and colliding with one another in ways unimaginable to many Americans. To have an intimate knowledge of a people on that scale is impossible. Yet I know the milieu in which I live; I teach the super-rich, I surround myself with and live with the absolute destitute. I know Catholics, Evangelicals, and I worship with the Mennonites. I dance merengue with old Ceibeños that long for a La Ceiba of 40 years ago and I hang out with expatriates from all around the world that are experiencing the stunning natural beauty of this place for the first time.

I have a favorite barber, a loyal taxi-driver and an indefatigable homeless shoe-shiner. I know the context from which I am writing and after six years of living here, I know it well. I know then why children and adolescents, at least those from the La Ceiba area, are leaving for the United States either with “coyotes” or entirely on their own.

Over the past few years I’ve seen many, many children leave on their own volition and both the desire and migration rate have been growing tremendously this past year. I’ve striven with many young boys over the course of my time here to not leave, to not put themselves in such danger, to consider other options here at home; many to no avail.

I get sick to my stomach every time someone leaves Los Laureles for the United States; both for the dangerous journey they’re embarking on and for the hole they leave in the fabric of this closely-knit community. Duke and I just today took stock of how empty and boring the community feels sometimes now that so many people have left. Duke wants to head north too — he’s been talking about it for a year.

I have a friend Gina; she’s from New York, a lax-Catholic and a sometimes anarcho-feminist socialist. Sometimes I find it hard not to loathe her for those very reasons. She lives here in La Ceiba and has been working with women in a micro-finance NGO for the past two years. I love her though, even in spite of her many shortcomings; for her easy manner, her passable dancing abilities and her clear love of Honduras and its people. The other night she and I were talking about the immigration crisis in the US from the perspective of being on this side of the border and we came to a few conclusions.

We’ve both been in the United States within the last two months, and the theme that we consistently heard from both news outlets and the general public, is that the children are literally fleeing for their lives because of all the violence here, as if we’re in some sort of quasi-war zone here.

My friend and itinerant visitor, Jojo Daniele and I just watched a recent episode of The Daily Show. The guest was author Sonia Nazario who wrote “Enrique’s Journey” in 2006 about a young Honduran boy who set out on his own across Central America and Mexico en route to the United States in search of his mother who had left him when he was 5.

According to Ms. Nazario and John Stewart, young Enrique’s motive for fleeing Honduras, and children like him, was his desire to be reunited with his mother and issues of poverty whereas now children are fleeing Honduras because of extreme violence, gang warfare and narco-traffickers. She cited accounts of children being forced into gangs or drug rings at the point of a gun as the proof for violence as the primary motive for migration — To this assertion all three of us resoundingly cry, “Not True!”

I’m not suggesting that there aren’t awful levels of violence here in Honduras because there are and it’s only gotten worse in the past few years. It also seems to affect the poor the most — while no one is truly insulated from the dangers here, the rich can at least send their children to gated and protected private schools in cars driven by armed chauffeurs. They utilize body guards and have high walls and electric fences around their mansions and private clubs. I don’t begrudge them these things; they’re necessary and even still gangs find ways to kidnap, hold for ransom and murder the upper-class.

The poor, though, are truly at the mercy of the gangs and brutes and it’s not uncommon to hear of gang members as young as 14 controlling an entire public school (teachers and security guards included), or for gang members to enter a classroom and execute a rival in front of the entire class.

Their neighborhoods too are overrun by either gangs, narco-traffickers or petty thieves and so many, rightfully fear for their lives if they don’t play by the rules the gangs set. Just so we’re clear, the police here and government security more generally, is completely useless and inept and very often corrupt and in cahoots with the gangs and narcos.

We don’t live in a war-zone here though, and the day-to-day for many is pleasant, albeit impoverished in every sense of the word. The poor especially, though, do not see the world with any amount of optimism and so when violence, injustice and extortion do befall them, they take it in-stride as part of the inevitable curse of being poor in Honduras.

My point is this; murder, abuse and injustice in all their forms are part of everyday life in Honduras, at levels most Americans would not tolerate for a single day. It’s awful but it’s nothing new. Violence of this sort had been occurring long before I arrived here in 2008 and while it’s not something that the general populace likes, they tolerate it and adapt to it for lack of any other options. I would suggest then that violence and gang activity alone are not the prime motives for children to leave Honduras.

On the street in La Ceiba if you talk to people about why they want to leave, the overwhelming response you hear is that they see no hope for a better future, no opportunity to improve their station in life, no means to support their family. Violence is always mentioned but always as a secondary factor. I just had dinner with two 13-year olds, when I asked them why they might like to leave here and head north they both replied that they have no hope for a better future here so why bother to stay.

They’re right, they don’t — their families need them to work in order to survive so they’ll never get an education and as a result, the only work they’ll ever know is sorting and sifting through garbage or selling unripened bananas. Neither of them have ever experienced violence here; they’ve seen it to be sure, but never has it touched them personally, yet both have plans to leave for the United States this year.

Duke spends his days hauling and laying cinder-block in order that his mother and three sisters can eat; he spends his weekends in high school in hopes of achieving something in this life beyond day-laboring. Yet at least once a week he reminds me of his desire to leave for the US so that he can better support his family.

I encourage him to stay, to finish out his studies, to put his faith in God that he might provide for them; but when he looks around Los Laureles and finds it devoid of half his childhood friends, all of whom are living and working and making good money in the US he finds my advice hard to swallow. Duke has never been touched by violence.

Children are leaving La Ceiba in droves (and I do mean droves; the nearby town of Sambo Creek has lost about 200 children this year) because they see a future filled with poverty, back-breaking work that pays next to nothing and a corrupt government that actively steals from them and offers no security.

Nearly every child I know that has left Los Laureles since I’ve been there has done so with the intention of reuniting with one or both parents in the United States. Sure they’re fleeing violence and terrible poverty but above all else they love and desperately miss their parents; so much so that they’re willing to risk dehydration, starvation, arrest and death just to be with them again.

The children aren’t stupid either, they know that upon arrival in the US they’ll need a better reason for the immigration courts than “I want to be with my mother” or “I want a shot a decent life”, so they use all of the very real violence as an excuse.

I want to be very clear here — Honduras is a very violent place and I’m not prepared to discount the stories the children are recounting because in many cases they’re probably true or at least partly so; especially if they’re from San Pedro Sula or Tegucigalpa. I can say though that the 200 children that left from Sambo Creek, a quiet and peaceful beach town, did so not with violence as their primary motive.

I’m not sure where this leaves us. I do consider the massive numbers of children arriving at the border to be a humanitarian crisis and one that the Church ought to take the lead in addressing. I don’t think the children should be summarily deported or turned back because in many cases they have little or nothing to come back to.

Neither, though, do I think they ought to be simply turned over to illegal relatives in the United States because we don’t know who they are or if they have the child’s best interest at heart. I’m not sure I have many answers as to what to do about the problem. I did think it pertinent though to address the true motives of this crisis as I see them from my perspective here in La Ceiba.

I do know that the US ought to cut off all aid to Honduras tomorrow, as two-thirds of it ends up lining the pockets of corrupt politicians. If we want to know what causes the hopeless poverty, the unanswered and unmitigated violence, the general insecurity and overall distrust in public institutions which in turn leads to mass migration, we need look no further than the evil and corrupt politicians.

With one hand they beg the world’s rich to help their failing nation and with the other they pocket the money and then take spending junkets to Miami. The politicians of the past 30 years have single-handedly caused the deterioration of Honduran society and this present crisis and not one single US dollar more ought to be sent as official aid to the Honduran government.

Note: The author writes a blog called “Here I Raise My Ebenezer” chronicling his life as it intersects with the garbage dump community near La Ceiba, Honduras.