Honduras: A Country Crazy for Soccer and its National Team

February 6th was a typical Wednesday night in the United States. People came home from work, ate dinner and watched the daily news. Kids did their homework in between yawns. There was nothing out of the ordinary. But in Honduras, the day was declared a national holiday. 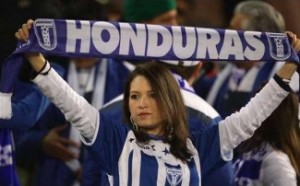 Many got the day off from work, and in the streets of the cities, towns and villages and in bars and living rooms, people all over Honduras celebrated. The Honduran national soccer team had won an important soccer game in their quest for the 2014 World Cup in Brazil.

The day brought back memories of four years ago when Honduras qualified for the 2010 World Cup in South Africa. It was the second time in history that Honduras had qualified for the prestigious event. The best Hollywood screenwriters couldn’t have written a more dramatic script.

It was an October evening. Going into the game, not only did Honduras have to beat El Salvador in El Salvador, but the United States team had to beat or at least tie with Costa Rica. The US team had already lost once to Costa Rica earlier in the year. It’s frustrating when your fate depends on the result of another game.

And the United States was not highly motivated. The team was already assured a place in the World Cup. The night before the game, Charlie Davies, a starting forward for the US, was in a tragic car accident. Davies suffered severe injuries that would take him months to recover. No doubt the players were distracted by what happened to their friend and teammate.

Both games were to have the same start time. Needless to say, remote controls in Honduras were getting quite a workout that night as people switched channels watching both games. In the first half, Honduran coach Reinaldo Rueda was ejected from the stadium because he voiced his objection to a call by the referee. But Honduras went on to beat El Salvador 1-0.

The other game didn’t seem so promising, as the US was losing. Then with 10 minutes left, US defender Oguchi Oneywu fell and tore a tendon in his knee. Because the US had already used all the substitutes permitted by FIFA rules, they had to play the remainder of the game with only 10 athletes.

Meanwhile in El Salvador, the Honduran team was keeping an eye on the game taking place in Washington, DC. The players had heard that the US was getting beat. Although they had won against El Salvador, they somberly left the field believing that they would not qualify for the World Cup.

Back in the United States, with 30 seconds left, the US team had a corner kick. The US had several corner kicks during the previous 90 minutes and had not managed to score. As the camera showed Landon Donovan, one wondered what he was thinking. The US was already assured a spot in the World Cup. There was less than a minute left. “That’s it. This game is over. Donovan is probably thinking about going home tomorrow and sleeping in his own bed.”

But he wasn’t. Somehow the US capitalized on that opportunity and a young man named Jonathan Bornstein headed the ball into the net. “The ball just fell on my head and I put it away,” Bornstein said after the game. With 20 seconds left in the game, the US tied. Because Honduras had already beaten El Salvador, this meant that, for the first time in 28 years and the second time in history, Honduras would go to the World Cup in 2010.

Carlos Pavón, the Honduran player who had scored the winning goal in El Salvador, describes how he found out about the last-second US goal: “We were dejected, then we suddenly saw the fans celebrating in the stands. We wondered what was going on, then we found out that the North Americans had equalized. We just started running around and celebrating as we deserved to go to the World Cup.”

In that moment, the entire country went wild.

Honduras had been under heavy stress due to the recent political turmoil. The knowledge of a World Cup trip soothed all the pain of the prior three months and added pleasure and excitement. The city streets were filled with people as they left restaurants, night clubs and homes to celebrate.

The streets of towns and villages were all filled with people who had left their living rooms to express their joy in unison. There were no Zelaya supporters or Micheletti supporters that night. Everyone was a catracho.

Throughout the entire country, yelling and hollering and screams of excitement and singing could be heard and people wearing the colors of the Honduran flag were out celebrating. Many celebrated into the night honking horns, setting off firecrackers and recounting the events of the evening.

That was four years ago, but last Wednesday night the scene was similar. An onlooker might not appreciate the importance of soccer. It’s just a game. People are suffering.

Honduras is one of the poorest countries on the planet. The murder rate is the highest in the world and San Pedro Sula is believed to be the most dangerous city in the world. News media reports that the nation is broke and barely has the funds to pay for police protection. Traffic, potholes, traffic lights that don’t work, poor medical care, etc. People are willing to risk their lives to get out.

But for one afternoon, people forgot their problems. The entire nation was happy. People screamed. People hugged. People waved their arms and jumped up and down. Catrachos at home and abroad were proud to wear the colors of their flag.

As one ponders that verse and sees the many smiling faces in the stadium, streets and villages all across Honduras, one can’t but develop a fond appreciation for the sport.