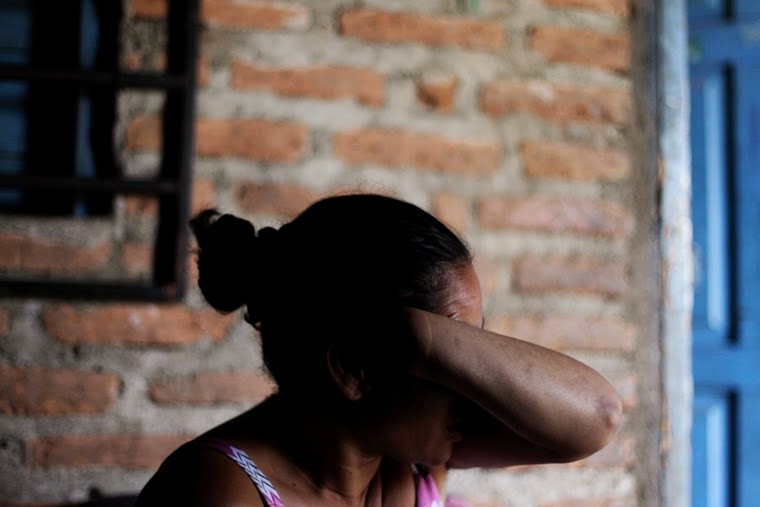 Ninety-eight percent of femicides remain unsolved due to the lack of resources, according to Honduras’ Special Public Prosecutor for Women.

TEGUCIGALPA, Honduras – One female was killed every 13 hours in the Central American nation last year, as 630 femicides were recorded by the Observatory of Violence at the National University of Honduras.

The majority of femicides took the lives of women between the ages of 15 and 49 and occurred in the northern department of Cortés (208) and in the central department of Francisco Morazán (122), according to the Human Rights Commission’s (CONADEH) General Situation of Human Rights Annual Report. Six hundred-six femicides were recorded in 2012.

“The situation remains serious in Honduras since murders reflect an intentional pattern to assault and eliminate women,” the CONADEH report stated. “The most serious aspect is the rage seen in the murders.”

Honduras’ Penal Code defines femicide as the intentional killing of a woman based on gender and with contempt for her status. This also applies when the victim is subjected to sexual slavery, kidnapping, is under the age of 18 or older than 60.

“[In femicide, it’s essential the victim has] a relationship with the murderer or there is a component of rage in the crime, with some type of mutilation being carried out or the victim having multiple wounds or being raped pre- or post-mortem,” said Suyapa Martínez, the director of the Center for Women’s Studies-Honduras.

Ninety-eight percent of femicides remain unsolved due to the lack of investigators and financial resources assigned to cases, according to Grissel Amaya, the special prosecutor for women.

“Due to lack of funds, the Public Prosecutor’s Office has only four investigators to solve cases,” she added. “[We have taken to court] 99 cases out of 2,214 cases.”

The lack of staff means legal proceedings for femicide and domestic violence are slow, according to Dalila Flores, the coordinator for the Violence Support Program at the Women for Peace Movement, an NGO.

“Women who report domestic violence lose heart when they see how many processes there are and the distance between offices dealing with the cases,” she said. “This is why they decide to drop the legal process.”

In Honduras, 500,000 women of working age are unemployed, according to the Permanent Household Survey from the National Institute for Statistics. Financial instability and social pressure also contribute to victims’ failing to file complaints and falling into a trap of repeated victimization, according to Flores.

“Revictimization is the circle of violence women fall into due to their lack of financial independence, social pressure or low self-esteem, or [because they assume] they are to blame for the violence,” she added. “In the end, this leads to deaths.”

Impunity is one of the main problems authorities need to face, according to Martínez.

“Impunity leads to more crimes since the failure by authorities to impose a punishment means women continue to be murdered,” she said.

Nonetheless, progress has been made, according to Ingrid Figueroa, a public prosecutor at the Women’s Murder Unit at the Special Public Prosecutor’s Office for Offenses Against Life, which was established by the government this past September to investigate these crimes.

“Since the unit was set up, summonses have gone out across the country for more than 200 cases,” Figueroa said.

A summons is solicited after a complaint is received and represents the step prior to the issuing of an arrest warrant.

One case that made a big public impact in Honduras was the murder of Josselin Palma, 18, who was hacked to death with a machete by three men in December 2012.

Thanks to the cooperation of an anonymous witness, police identified Santo Mateo Migueles, 33, Alejandro Flores Maradiaga, 21, and a 17-year-old whose identity was not released.

Migueles was sentenced to 20 years in prison in March, while Maradiaga and the minor are in jail awaiting sentencing.

Authorities have deemed the case an example of the legal system’s rapid response.

“[Witness] collaboration was vital, not only for them to be captured but also for getting them sentenced,” Figueroa said.

Additionally, government agencies and civil society opened the Support and Protection Center for Women’s Rights (CAPRODEM) on April 4 to provide legal, psychological and social assistance to victims of violence. The center was allocated an annual budget of US$230,957.

“Since the center was set up, 40 women have been helped, and CAPRODEM’s main task is to stop victims from dropping out of the process they need,” Flores said.

According to the Supreme Court, 2,871 sentences for domestic violence were handed down in 2013.

Martínez said authorities need to concentrate on prevention of femicide.

“The murdering of women can be prevented with simple measures such as street lighting, cleaning up areas, fomenting a culture of reporting domestic violence and implementing a culture of harmony with zero-tolerance for violence in neighborhoods and estates,” she said. “And of course, we need to make investigations into crimes against women more efficient.”