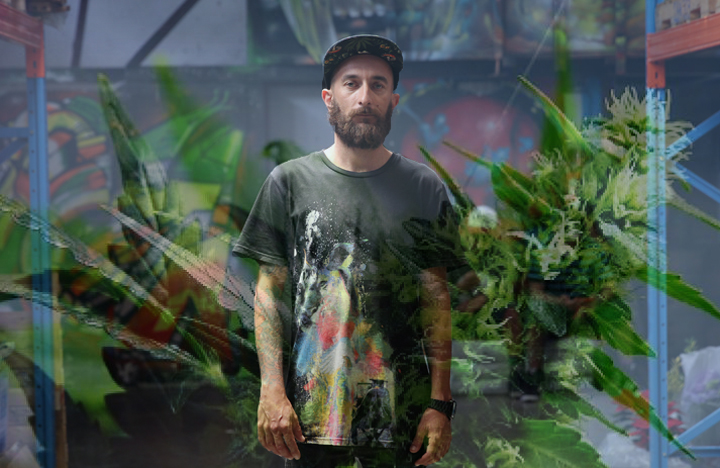 SANTIAGO, CHILE — Chile has long held the lead in recreational marijuana consumption in Latin America, with 4.2 percent of Chileans using the herb. The country is now forging towards legalization of it for medicinal use, complete with a Santiago TV channel featuring programs debunking the myths and exploring both well-documented and experimental medical trials of cannabinoid compounds for treating numerous diseases. Even though at the same time, cannabis remains a class A drug under Chilean law.

Nonetheless, there is considerable tolerance for private consumption as well as the sale of cannabis seeds in this agricultural country that allows the cultivation of plants for GMO seeds while prohibiting or restricting GMO crops.

Chile´s (apparently) contradictory policies have quietly turned a blind eye towards marijuana use. But the government could not fail to notice the flood of favorable publicity evoked by Uruguay when it legalized marijuana for recreational use.

Last September, Chile became the first Latin American country to legalize marijuana for medical use. Thanks to activism by parents of children with epilepsy – cannabis relieves epileptic seizures — and to Cecilia Heyder, a 48-year-old breast cancer and lupus sufferer, desperate to relieve pain that conventional medicine didn´t touch, the not-for-profit Daya Foundation was allowed to start growing cannabis on land in La Florida, a suburb of Santiago.

The first crop will be harvested this April for 200 cancer and epilepsy patients. Daya´s is the first medical marijuana project in Latin America.

According to Daya’s co-founder, Nicolas Dormal, it made a difference that Daya attracted the support of the University of Valparaiso and a well-known cancer clinic to help secure government approval of the project, which now includes a clinical study of cannabis as a painkiller.

At the suggestion of a doctor, Cecilia Heyder, who had dabbled with marijuana as a teenager, obtained some leaves and made a tea with them. Her agonizing pain was greatly reduced by the tea and she began taking Sativer, a cannabinoid painkiller unavailable in Chile.

Heyder paid $2,000 a month to import it from Europe after the Chilean government was persuaded to allow her the only thing that saved her from excruciating agony. That permission was the government´s first small step towards allowing medical cannabis and the first time a cannabis-based treatment has legally been brought into Latin America.

The high cost of cannabinoid medicines has given cannabis campaigners in Chile a strong argument for the right to make cheaper alternatives in country. A group of mothers has been growing marijuana to help their epileptic children and a former Chilean president, Ricardo Lagos [2000-2006] added his considerable support to the growing numbers who favor legalization in public comments. ¨I´m in favor of decriminalization, by which I mean legalizing the consumption, production, transport and commercialization of the drug,¨ Lagos told a gathering of the press.

It’s these kinds of reports that influence public opinion that the new cannibas television station, Cultiva TV´s, weekly broadcasts aim to change. It should be smooth going as some 67 percent of the Chilean public is in favor of decriminalizing marijuana and Michelle Bachelet´s socialist party majority portends a fertile time.

In truth, there are over 700 medical studies that conclusively show cannabis´ medical benefits. Canada, at least eight European countries and about a dozen US states have legitimized cannabis-based medicine. A great many people attest to the wonders of this ancient herb for healing all sorts of ailments.

Cristian Ansaldo, director of Pos240, a plant nutrients and cannabis growing paraphernalia business that sponsors and produces Cultiva TV believes that legalizaton will end the narco-trafficking of marijuana.

¨There´s a revolution in the making,¨ Ansaldo believes. ¨It´s very probable that a global change will come from here, a globalization of auto-cultivation leading to a notable reduction in cannabis smuggling.¨

Judith Lawson is a freelance writer based in Chile.

Previous Post Crowdfunder: An app that delivers your opinions to elected officials
Next PostInitiative strives to launch new awareness of injustices in the criminal justice system

Crowdfunder: An app that delivers your opinions to elected officials
Comment
Initiative strives to launch new awareness of injustices in the criminal justice system