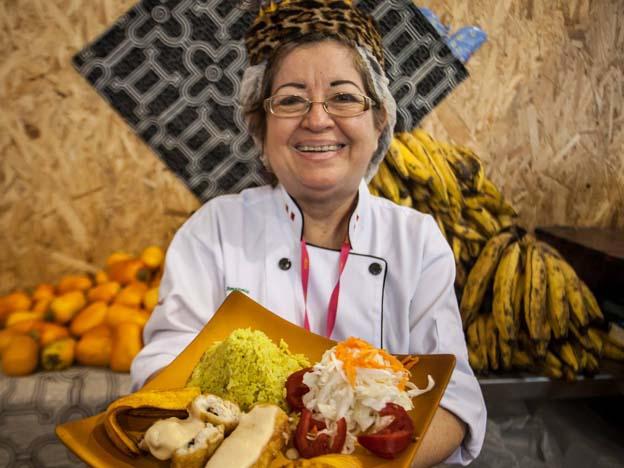 Multiple international media outlets have reported recently about the wonder that is Peru’s Mistura food festival.

The popular food hub Eater, which reviews and catalogs restaurants all over the United States as well as reporting on international gastronomic news, published an enjoyable and irreverent piece on the festival. The article, part of their popular “Hangover Observations” feature, listed the highlights of the festival. Writer Allie Lazar placed special emphasis on this year’s first-ever Encuentro Gastronómico, the international chef meetup and demonstration bonanza hosted by Apega.

“Damn,” she observed,”does Lima know how to throw a good party.” Lazar, an American expat currently living in Buenos Aires, rightfully blamed Peruvian pisco for the titular hangover. For more of Lazar’s witty banter and some delightful photos from the Encuentro Gastronómico, head over to Eater.

UK newspaper The Daily Mail also published a photo-rich piece on Latin America’s largest food festival. The Daily Mail praised the pork sandwiches served by El Chinito sandwich shop at Mistura. Though writer Anthea Gerrie seemed a bit puzzled by Peruvians’ affinity for ceviche after a long night of partying, she was generally impressed by the scale of the fair and the huge variety of treats available. Her sumptuous photos are good enough to eat.

Peru has had something of a banner year for food— Lima’s gourmet hotspot Astrid & Gastón was named the best restaurant in Latin America, and Food and Travel Magazine called Perú the “destination of the year.”