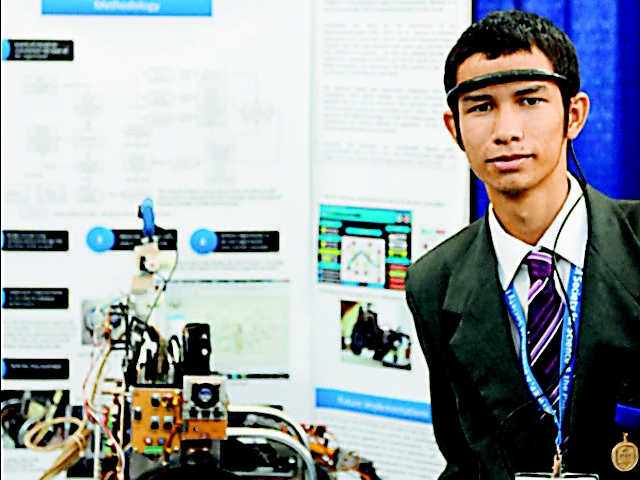 LatinaLista — With a not-so-far-off future looming with dire threats — water shortage, superstorms, food scarcity, stronger earthquakes, rise of ocean levels, species extinctions, etc. — humanity is left to wonder who will save us all.

Well,it’s a pretty sure thing it won’t be politicians, Wall Street, liberals or conservatives. The one group who can give this planet a fighting chance are — scientists.

It’s going to take those people who can conduct the research, extrapolate the findings, create a solution and communicate to the rest of us what must be done who will be the true saviors of our planet.

Unfortunately, that’s only half the battle. Governments must learn to listen to their scientists to formulate policy that will create the solutions that are possible. There are still regions in the world where scientists don’t know of comparable research being conducted and aren’t given their due respect. One of those places is Latin America.

To help young scientists in that region, the World Association of Young Scientists, WAYS, recently announced they would launch a Latin American network in April 2014.

The objective of WAYS, a global organization whose members are mainly under 35 years of age, is to give a collective voice to young scientists and adhere to the principles of the WAYS Manifesto, which includes such objectives as:

promote excellence and creativity in science;
help scientists, and especially young scientists, in their career;
improve international scientific co-operation;
promote ethnic, cultural and gender equality and diversity amongst scientists;
increase the understanding of science by the general public;
facilitate the sharing of scientific knowledge to reduce the gap between developed and less developed countries;

With Latin Americans the stewards of some of the most important archeological sites, biodiverse resources and fresh water sources, the work of scientists is imperative in preserving those sites and contributing to the global exploration of solutions.

“Several issues were identified in Latin America,” Marga Gual, cell biologist and coordinator of the project revealed in an interview with SciDev.Net. One of them is the lack of communication between young scientists, who “sometimes don’t know that others exist, or don’t know that some of what they are doing is being done by someone else,” according to Gual.

International cooperation in sharing data not only keeps work from unnecessarily being repeated and wasting funding and time but ensures a quicker road to a solution for a world running whose ecological clock is ticking.