Is the Government Manipulating Kidnap Statistics in Mexico? 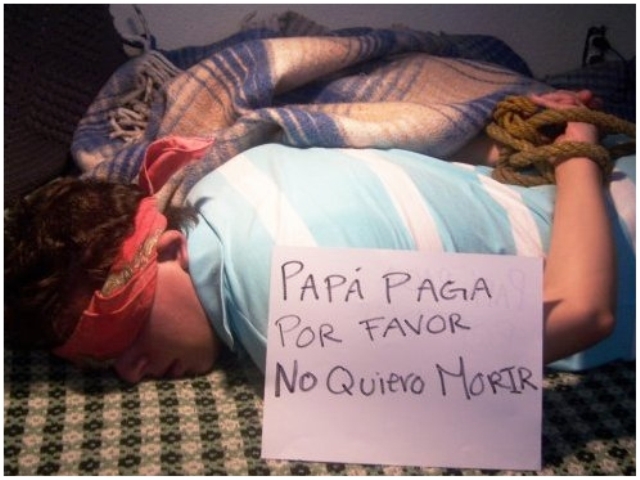 Data released by the Mexican government show there were 1,394 kidnappings reported in 2014, a drop from 2013, which saw the highest number of reported abductions in a 17-year period.

The numbers also show that, similarly to 2013, kidnappings remain concentrated in central Mexico — including Morelos, Mexico state, and the Federal District — alongside several states along the Atlantic coast, from Tabasco to Tamaulipas (which had the highest number of kidnappings in Mexico last year, despite a federal security program launched there last year). And on the Pacific side, Michoacan, Guerrero, and Northern Baja California reported the most kidnappings in that region, as illustrated in the map below, which tracks the government’s kidnapping data in each state over a four-year period.

Since 2011, kidnappings have increased notably along Mexico’s Atlantic coast — Tamaulipas has seen kidnappings go up 109 percent since that year, alongside an increase of 140 percent in Veracruz. And apart from Tamaulipas, kidnappings have mostly gone down in Mexican border states along the US — most dramatically in Chihuahua, where the crime dropped by nearly 92 percent, according to the government’s numbers.

Aside from Tabasco, only a negligible amount of kidnapping cases are reported along Mexico’s border states with Guatemala — it seems likely that the actual number of cases are much higher, given the number of migrants who are vulnerable to kidnapping by criminal gangs, and therefore unlikely to report it.

Another significant drop — about 57 percent, between 2013 and 2014 — was registered in Michoacan, which saw the formation of multiple civilian militia groups last year, as well as a federal security surge involving more than 12,000 police officers, soldiers, and marines.

All in all, 21 of Mexico’s 31 states saw kidnapping go down last year, even if by just a single case, according to the federal government.

According to Alto al Secuestro, kidnapping in fact increased by 30 percent between 2013 and 2014. The NGO’s director said that the government only tracks kidnap cases opened by state attorney general offices, and does not include those opened by the federal Attorney General’s Office, known as the PGR.

When comparing the NGO’s kidnapping figures alongside the government’s from the past two years, it should be noted that Alto al Secuestro includes cases from December 2012 in its count, which also helps explain why its numbers are higher.

Keeping this in mind, there are still a select few cases in which the NGO’s figures are significantly different from those reported by the federal government. Notably, the discrepancy is most acute in the central Mexico states most heavily affected by kidnapping, including Mexico state, where the NGO registered 1,173 kidnappings, compared to the government’s count of 367. Alongside the Federal District and Morelos, this region is perhaps where the federal Attorney General’s Office has opened more investigations, which are reportedly included in Alto al Secuestro’s count but not in the government’s.

The Mexican government’s kidnap count will reportedly begin including investigations handled by the PGR starting in March. This means that the 2015 figures may well show a nationwide increase in kidnappings again, compared to previous years.

Nevertheless, it is also worth pointing out that the so-called “cifra negra” — the number of kidnappings that go unreported — is likely huge in Mexico. The country’s national statistics agency has estimated that in 2013, more than 90 percent of crimes went unreported, and there may have been over 130,000 kidnappings that year — a number significantly higher than both the government’s registry and that of Alto al Secuestro’s.